Those familiar with the game know that new television series, especially those for traditional broadcast networks, are generally given an initial 13-episode order. Based on the strength of those initial episodes (primarily in the ratings, if we want to be honest), the network can then pick up an option for the “back nine”. While “Grimm” received that honor earlier in the season, it’s pretty clear that the producers didn’t do much to adjust the original plans for the initial order.

I say that because this episode is definitely meant as a capstone. For better or worse, the writers have mostly used these initial episodes as something of a “proof of concept”. A lot of episodes have been designed to show off the potential of the show, more than anything else. A few exceptions help the show rise above such meager concerns: Nick’s slow but steady acceptance of his role, Monroe’s transition from resource to full-fledged ally, and Renard’s rise as a prominent player. That third element has been handled with the least craft, so it’s nice to see them focus so much on his part of the story.

The conceit is pretty simple: someone makes a move to steal three coins that are locked away in a jewelry store. They fail, but that brings them to the attention of Nick and Hank. Hank is strangely reluctant to give them up, and Captain Renard is awfully interested in getting his hands on them himself. And so it’s no shock when Nick gets a call, telling him that the coins are a serious problem.

These coins of Zakynthos have a troubling property. On the plus side, those who possess the coins have a tendency to become highly charismatic leaders. Unfortunately, they also amp up one’s darkest ambitions. The end result is about as bad as one can imagine. (In fact, they go right for the obvious and reveal that Hitler was not only a bearer of the coins, but a creature on top of it.) 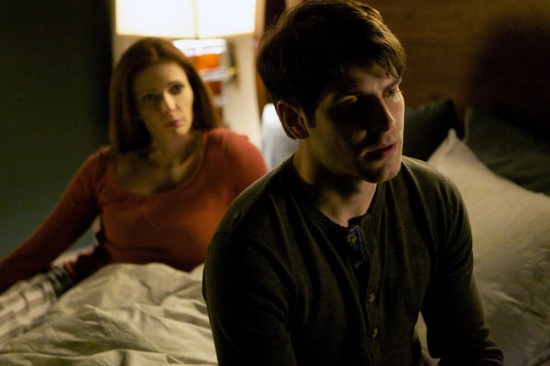 Nick’s source of information is not Monroe this time, but a militaristic creature named Farley Colt. His introduction adds a new layer of intrigue, to say the least. Not only was he allied at one time with Soledad Maquesa, the Schakaln who sent the thieves to retrieve the coins in the first place, but Colt and Maquesa were involved in the deaths of Nick’s parents. And Colt was once engaged to Aunt Marie, but she left him to raise Nick. To say that there are some issues between Nick and Colt is an understatement.

While Renard had the coins long enough to show that he was susceptible to their effects, Nick is left as the guardian of one of the most sought-after magical artifacts around. The episode definitely sets that up as an emerging problem to be solved. But similarly, there was a bit of closure on Nick’s parents and his importance to Aunt Marie. It all boils down to a relatively logical reason for Nick to be the central character, which has always been a bit of a mystery.

This was probably one of the best episodes of “Grimm” to date, but it’s still not quite hitting all cylinders. With the series managing a consistent, if low, presence in the ratings, I don’t see it going anywhere, so now that the preliminaries are more or less over, perhaps the writers will start to ramp things up more. This episode was a sign that they could finally be making the turn to something bigger, much as “Supernatural” did in its first season.