Tomorrow NBC premieres its new paranormal drama The Inbetween. The series stars Harriet Dyer as Cassie Bedford, a woman who has a supernatural gift, whether she wants it or not. She has visions that allow her to see events that have occurred or ones that have yet to happen, as well as the ability to communicate with the dead and those in between life and death. Although often unpleasant, she uses her powers to help the LAPD solve crimes.

Her foster father, Tom Hackett (Paul Blackthorne), is a detective at the LAPD. When she’s not helping him and his new partner, former FBI Agent Damien Asante (Justin Cornwall), solve murder cases, she’s tending bar at her day job. 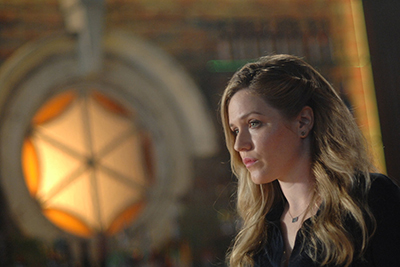 Cassie must struggle with the world between the living and the dead and understand the clues the universe gives her, all while navigating her own life.

The trope of a psychic detective has been done more than once, but the trailers for the new series looked promising. I was hoping for a fresh new take.

The writing for the show was pretty good, and I enjoyed the mystery part of the show, figuring out the clues to solve the cases for the first two episodes. Blackthorn and Cornwall work well together and are enjoyable to watch as a team.

The way Cassie’s powers work are a bit different than other series, so it at least seems fresh on the surface. She uses clues, sometimes hard to understand, from her visions to help the police, and also, at least in the first episode, she helps those who haven’t moved on. She also can be haunted by those in between, who can affect the world around her in different ways. 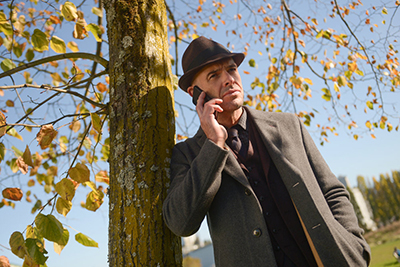 The main problem I have with the show is that the characters are not well developed at all, and Cassie at least in the first two episodes is not super likable, which the lead needs to be for the show to succeed.

I definitely think The Inbetween has potential, and it’s worth another watch. I will say the second episode was much better than the pilot. Audiences don’t always give shows on television as many chances as they used to with so much available at any given time. It remains to be seen whether people will latch on to it.
Twitter
BotonSocial por: SocialEmpresa
Category: TV Reviews & Recaps