SciFi Vision | All Reviews | Television Reviews | The Vampire Diaries 3.15 Review: "All My Children"

The Vampire Diaries 3.15 Review: "All My Children"

No plot element is allowed to linger overly long on “The Vampire Diaries”, so I suppose I shouldn’t be too shocked that Esther’s plan comes to quick fruition in this episode. That it merely serves to launch the whole war with the Originals in yet another direction is hardly a shock, but I am a bit annoyed that the writers are backing off one of the better choice made this season.
The rift between Elena and Stefan was set up rather well, as was the slow but steady relationship between Elena and Damon. While I can’t complain that Damon might be regaining some of his infamy, since that was the initial allure of the character in the first place, it does seem unfortunate that it comes at the cost of the fiery push-pull he had going with Elena. Particularly because the Elena/Stefan pairing has always been a bit boring in comparison. At this point, I agree with the notion that Elena is better off with neither of them! (At this rate, I wouldn’t be shocked if she wound up with Elijah.)

I’ve never quite understood how Elijah became an ally, except in terms of degree, so it felt somewhat foolish for Elena to go to him. The fact that she is a terrible liar (and unable to control the autonomic bodily functions that reveal her deception) doesn’t help at all. Granted, this is pure Elena, rushing in when all logic and caution demands otherwise, but in terms of the greater good, Esther’s plan is the right way to go. How many more people will die, now that they have survived Esther’s attempt to destroy them? 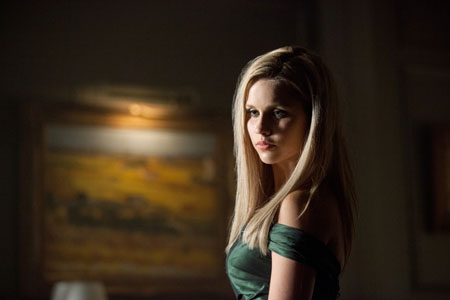 The fallout from the whole mess appears to be yet another previously absent parent becoming a vampire, though it’s unclear how this situation will play out. Caroline is the right one to be helping Bonnie deal with it all, given her own experiences, but it does serve to drive a wedge between Elena and her friends. How much more can these friendships endure?

This episode ended with what seems like a bit of a cheat on the writers’ part. Meredith was the logical suspect in the killings around town, but they tossed out an alibi. Now, she seems to be the main suspect again? Maybe it was all a delaying tactic, or this isn’t what it seems. Frankly, the treatment of this subplot has been all over the map, so it’s hard to know if the writers are playing fair with the audience or not.

Despite bringing the Esther storyline to something of a head and pushing the season out of the complication phase and into resolution mode, this episode felt a bit underwhelming. I think this storyline could have used a little more time to grow, if only to allow the audience to absorb what was happening. By bringing the Originals together, only to swiftly scatter them again, the writers seemed to undermine their own purpose.