In the third season of The Magicians, magic is gone, and everyone is left powerless, except for Julia (Julia Maeve). After embarking on the quest for the seven keys, the students get what they need to restore magic to earth, but are stopped by Alice (Olivia Taylor Dudley), who destroys the keys, not wanting magic to return. However, luckily, Julia is able to use her magic to stop Alice and remake the keys.

As they are about to restore magic once and for all, inserting their keys in the fountain, Gavin (Daniel Nemes), the traveling librarian from the Order, Irene McAllister (Jaime Ray Newman), and Dean Fogg (Rick Worthy) show up to stop them. Gavin attaches the siphon on the well spring to divert magic to the Library, so they can control who uses it. Fogg was involved in the deal with the Library and Irene to make it happen, in exchange for the lives of the students, and uses his potion to erase their memories and give them new magic-free identities as protection. However, Alice is not included, as she is arrested by the Library on backing out of her deal. 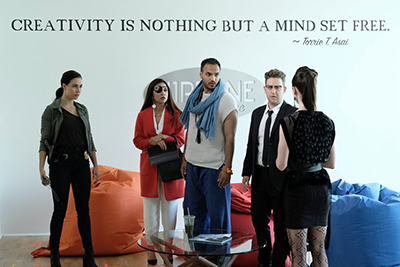 Unbeknownst to everyone but Alice, who knows something is wrong, the evil that was being held in Castle Blackspire has escaped. Originally held in the form of the child-like monster until Eliot (Hale Appleman) shot it with the god-killing bullet, at some point it jumped bodies into Eliot, still wanting to play with the mind-wiped Bryan (Jason Ralph).

The fourth season opens with everyone in their new identities with no idea that there is magic in the world, except for Alice who is still locked up by the library, trying to find a means to escape and help her friends. Worse still, Eliot/the monster has decided that Bryan will play with him, whether he wants to or not.

Can the group get the memories back and stop Eliot before it’s too late?

I really enjoyed the premiere coming back. It was entertaining to see the characters as who they could have potentially been without their magic. I got a kick the most out of Margo (Summer Bishil) as a magazine editor and Penny (23) (Arjun Gupta) as a famous DJ. It was nice to see more Josh (Trevor Einhorn) too, as since last season he’s taken on a bigger role and is a lot of fun to watch. 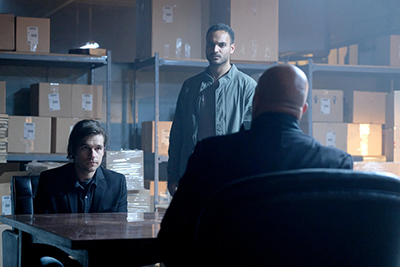 As a fan, it was also really cool how they recreated part of the pilot episode in a different way, with a student finding Brakebills.

The other thing that stands out to me is Appleman who is fantastically creepy.

If the first three episodes are anything to go by, this season we’re in for another wild ride. Be sure to check out the premiere of The Magicians, tonight on Syfy.
Twitter
BotonSocial por: SocialEmpresa
Category: TV Reviews & Recaps