SciFi Vision | All Reviews | Television Reviews | Advance Preview: Doctor Who - The Battle of Ranskoor Av Kolos Serves as a Fantastic End to the Season

Advance Preview: Doctor Who - The Battle of Ranskoor Av Kolos Serves as a Fantastic End to the Season

Team TARDIS arrives on a battlefield on the planet of Ranskoor Av Kolos after receiving nine separate distress calls from it. However it’s not going to be easy, as the only one around is a commander named Paltraki (Mark Addy) with no memory. What is wrong with the planet? What is the strange formation beyond the mist, and who are the Ux? The Doctor (Jodie Whittaker) and her team must work together to try to answer these questions and rescue Paltraki’s crew while an even bigger threat looms. 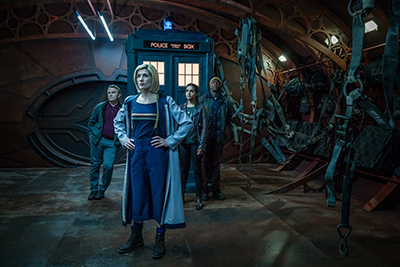 I was really happy with this episode on its own and also how it fits as a season finale. The story, once again written by Chris Chibnall, was complex with a lot of moving parts with everything happening at once, which I really liked. All the characters were really utilized to their fullest in the episode; the training wheels are definitely off.

There are a lot of strong emotional moments throughout the episode. Graham (Bradley Walsh) and Ryan (Tosin Cole) especially have some wonderful bonding moments together, the best this season in my opinion.

Yaz (Mandip Gill) has some terrific moments with the Doctor in the episode when she bravely steps up to the plate.

One of the themes of the episode deals with morality and how the Doctor’s methods may sometimes have consequences. I enjoyed seeing the struggle in her dealing with them. She became emotional at times, which we don’t often see a lot with the Doctor. 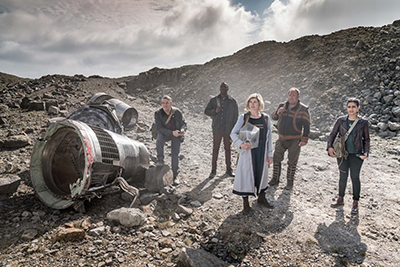 There is also a disagreement that comes up at one point between her and one of the companions about how they should move forward, and I appreciated that scene; it felt really true to the characters.

Aside from Addy, who was great in the episode as well, Phyllis Logan guest stars as Andinio, who is integral to the story. It was nice to see her transformation throughout the episode.

I really can’t say anything at all about the alien threat without spoiling the episode, but I immensely enjoyed the interactions between the alien and the other characters, especially the Doctor and Graham.

The alien race of the Ux, however, I will say was really interesting, as were their abilities. The makeup was pretty cool as well. 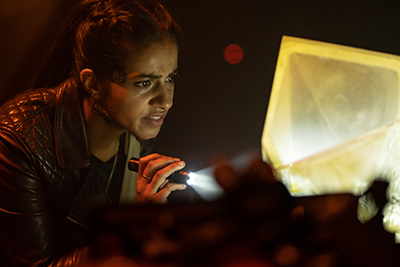 Though the majority of the episode is indoors, the location that is used as the planet is exceptional, as the locations have been all season. Even as just a background that they don’t spend a lot of time in, it’s beautiful. The interior sets were also phenomenal.

The episode, directed by Jamie Childs, serves as a magnificent closing to the season. It helps bring everything full circle. The episode isn’t as light as some of the others, and although I love those as well, it’s nice to have some variety. There however were still tons of excellent lines as always. I wish there were more episodes this season, but even so, it’s a fantastic season finale.
Twitter
BotonSocial por: SocialEmpresa
Category: TV Reviews & Recaps