Advance Preview: Doctor Who - Demons of the Punjab

The Doctor (Jodie Whittaker) and her friends travel back to India in 1947 to see Yaz (Mandip Gill)’s grandmother (Leena Dhingra)’s hidden history, but when they arrive in Punjab, the country is being divided. If that wasn’t enough, demons arrive haunting the land. Who or what do they want? 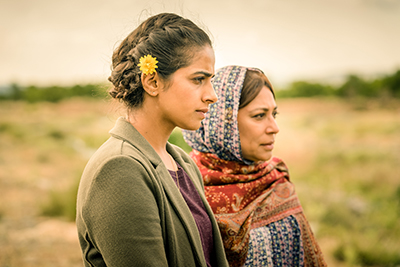 This season the Doctor hasn’t really discussed many of the rules of time travel, and in this episode, she bends them by taking Yaz not per se through her own timeline, but that of her grandmother. She is sure though to stress that they are not to interfere, or Yaz might not exist, but as always, the Doctor, in whatever form he/she takes, can’t help but interfere.

The episode this time was written by Vinay Patel rather than Chris Chibnall, and the story was brilliant and interesting.

There was a lot of character development with Yaz as she learned the truth about her grandmother’s journey, which was an emotional one. Even with the “demons,” the story at the center is a human one, and even though it takes place in 1947, it is relatable to today. It was also a great history lesson in a way, but not at the detriment to the story. 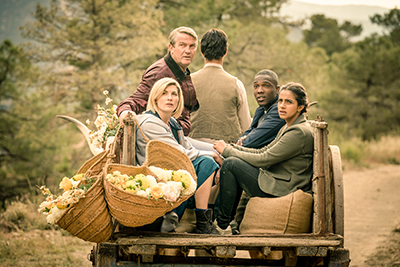 The episode was primarily focused on Yaz and her family, but the interactions with all the characters in the episode were fantastic, as usual. There was nice bonding between her and Ryan (Tosin Cole) and especially Graham (Bradley Walsh). Anita Susan as the younger Umbreen and Shane Zara as Prem also fit their roles really well.

I also noticed how once again the guest cast, although certainly bigger than the last episode, was still fairly small. I feel that it helps give it a more intimate feel and also make viewers feel more like they are part of the experience.

As for the demons, the design was interesting, not really something I’ve seen before. I will also say, that I thought they were leading the story down one way, it ended up something completely different, which is always a good thing. Doctor Who is often at its best when its unpredictable. 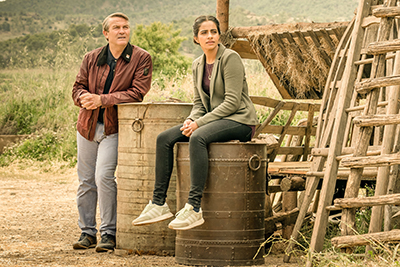 Also, once again, the locations were spectacular and the vast landscapes gorgeous. The cinematography continues to be stellar.

Six episodes this season, and Doctor Who is still going strong. I continue to just enjoy it more and more each week.
Twitter
BotonSocial por: SocialEmpresa
Category: TV Reviews & Recaps