Advance Preview: Doctor Who's "Rosa" is Timely and Poignant

On tonight’s episode of Doctor Who, the TARDIS has a mind of her own and brings the Doctor (Jodie Whittaker) and her friends to Montgomery, Alabama in 1955, where they encounter the seamstress Rosa Parks (Vinette Robinson). They quickly realize it’s the day before that fateful day when she refuses to give up her seat on the bus and changes history. But can they preserve that history?

This week, the Doctor is all in and knows who she is. This time, to me, she really feels at home. She has become the new Doctor, her own version, and it feels like a normal episode of the series now, not like she’s just testing the waters.

Her interactions with the companions were once again enjoyable, and I really felt her sympathy for what they were facing in the episode. The Doctor is always about fairness and equality. 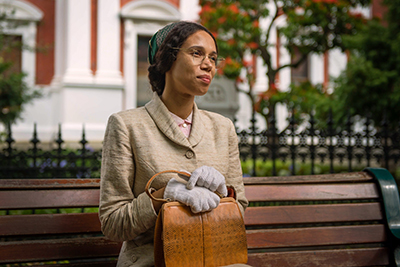 There of course is some more bonding between Ryan (Tosin Cole) and Graham (Bradley Walsh), but it is nice to get some more from Yaz (Mandip Gill) this episode, as she and Ryan have a deep conversation about facing racism and how it affects them. There are some great scenes from both of them.

Robinson was also wonderful and believable as Parks.

Story wise, the episode was brilliant. It shows the important historical events surrounding Rosa Parks and segregation in the best way, by tackling hard issues that minorities face today, by showing it through the eyes of the companions and their reactions as they are treated badly. 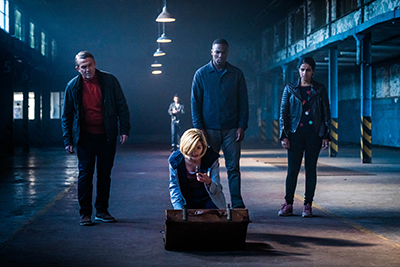 The script was amazing and shows the harsh reality of our history’s past and really puts the viewer in the shoes of the characters, not just Rosa Parks, but even Ryan and at points Yaz as they are upended and affected by the world around them. As such, I found the episode on a whole very emotional.

As for the antagonist of the week, Krasko (Josh Bowman), I liked the idea that they were stopping him from changing history, but the character himself isn’t as fleshed out as I would have liked him to be. I feel like there is something there about his backstory that could be interesting, but the Doctor never really asks enough deep questions to get there. It just feels like a missed opportunity. Honestly, a lot of it feels like an episode of Timeless. 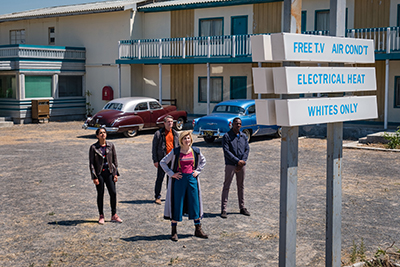 Regardless, all the best parts were there: the action, excellent lines, and a heartfelt (and educational) story.

“Rosa,” was my favorite episode so far of the season. It was poignant and timely, tackling important issues without getting overly dark, while also keeping the humor that the show is known for. I’m loving the new characters more each week, and I can’t wait to see where they go next.
Twitter
BotonSocial por: SocialEmpresa
Category: TV Reviews & Recaps