**This is a spoiler-free preview review, for my full reaction, stay tuned for the post mortem after the episode tonight**

Once again, out of the gate, Doctor Who starts with all systems go. The Doctor (Jodie Whittaker), Ryan (Tosin Cole), Graham (Bradley Walsh), and Yaz (Mandip Gill) quickly find themselves stranded on an unknown planet with a hostile alien environment, with the only other two lifeforms around desperate to get off and not eager to help. However, they quickly discover they must all join forces if they want to get out alive. 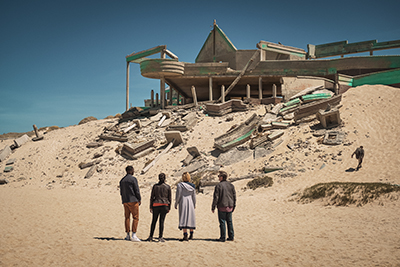 Now that characters have been established, the episode gives a better idea, I feel, of what the show will be this season, and so far, it’s fantastic.

The storyline itself I found interesting (even if the conclusion was a bit obvious) and fun. It also brought in a bit of creepy tone, which I appreciated. The design of the aliens was different, yet simple, and I liked that. The show doesn’t always need flashy costumes or effects; sometimes what you don’t see can be just as affective. I also loved the reveal about them early on.

It was great to see the characters be fleshed out more, without getting in the way of the plot. Their reactions to danger and what was going on around them really showed their personalities. Each of the three companions I feel bring something different to the show, each offering their own perspective. I’m also enjoying the relationship or lack thereof between Ryan and Graham. I also pleased with the way the companions and the Doctor interact with each other. 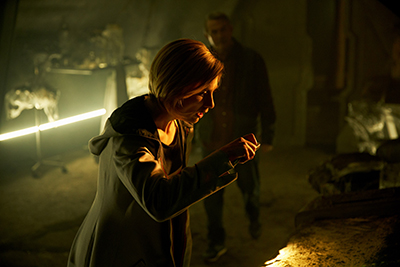 Whittaker was again superb in her portrayal of the Doctor, and I’m really liking her personality. Her own version of the Doctor has really quickly come to the forefront. I like her attitude, how she treats others, and how she solves problems. She’s a much more lighthearted Doctor than we’ve seen recently, and she still has a bit of uncertainty about her as she continues to get her bearings.

The characters of Angstrom (Susan Lynch) and Epzo (Shaun Dooley) were also welcome additions. They played off of each other really well and each had their own shining moments in the episode. It was interesting also to have essentially only three additional cast members in the episode.

All in all, “The Ghost Monument” made a excellent addition to season eleven. So far, the season is off to a terrific start.
Twitter
BotonSocial por: SocialEmpresa
Category: TV Reviews & Recaps