Tonight Syfy’s 12 Monkeys returns for the fourth and final season, with the first three episodes. The press was given the first six to review, though this review focuses on the first three.

The show picks up where last season left off, with Cole (Aaron Stanford) and Cassie (Amanda Schull)’s son, Athan (James Callis) having been shot by Jones (Barbara Sukowa) and later killed by Olivia (Alisen Down), who it is revealed is actually The Witness. 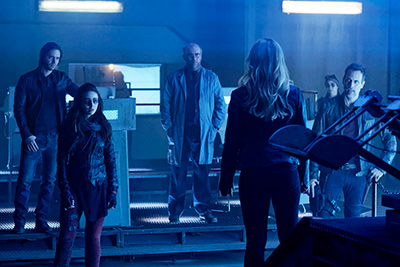 The first part of the season has a recurring theme of the ouroboros and the cyclical nature of events: perhaps when they try to stop something from happening, they become the cause of it. I enjoyed this deviation and how it plays into Cole and Cassie’s choices this season.


I also liked how the emotions from the events in season three carried over and played heavily as well. 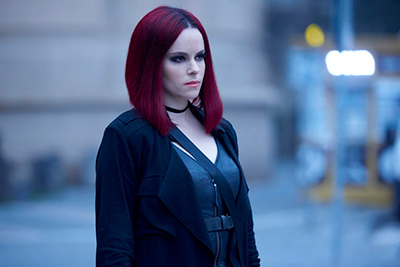 As expected, the scripts and directing for the first episodes were fantastic, weaving the complex story. There were also a lot of entertaining quotes of course as well.

The cast was phenomenal as always, but once again Emily Hampshire as Jennifer Goines often steals the show with her hilarious portrayal. Her scenes in the first and sixth episodes were especially amusing. I also appreciated the changes in the character this season, which gives her more depth. 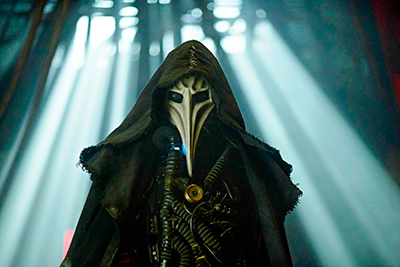 Another fun part about these episodes was seeing new points of view from previous episodes. I’m not sure how much was reshot versus new footage they used, but it blended together seamlessly. Seeing some old characters return was a bonus.

In all, the first three episodes (and next three for that matter) are an excellent start to the final season, and as much as I will be sad for it to be over, I can’t wait to see the conclusion.
Twitter
BotonSocial por: SocialEmpresa
Category: TV Reviews & Recaps