Tonight Falling Water returns to USA Network with all-new episodes for season two. Falling Water follows three unrelated people who learn they can affect reality from inside their dreams. Together they must work to stop those that wish to control and use dreaming for their own purposes.

The show picks up where it left off. Tess (Lizzie Brocheré) has escaped with her son, James, and is working to keep him safe. Meanwhile, Burton (David Ajala) focuses on trying to bring down the Firm and meet with the Woman in Red (Anna Wood), while Taka (Will Yun Lee) takes on a new murder case that could be connected to dreams. 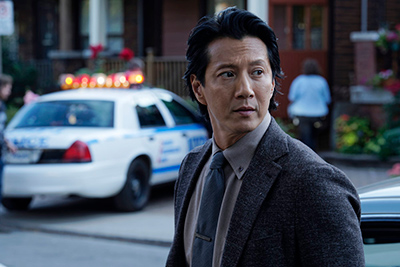 The second season shifts a bit as a new mysteries emerge. There is a man appearing in James’s dreams who he says wants to hurt people. Meanwhile, Taka thinks people are being forced in their dreams to do things they would never do otherwise.

I really like the direction the show is heading. The tone to me was a bit darker, and it seems like it’s moving at a quicker pace than the first. I did enjoy the sort of slow burn of last season, but getting answers quicker is never a bad thing.

The show, however, appears to still maintain the beautiful imagery of the previous season (the effects in the episodes were incomplete at the time of viewing). 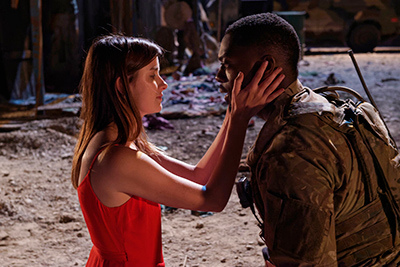 The only negative, really, is that two of the actors were changed, which took me a bit out of the action at first, but it didn’t take long to adjust.

It is possible for new fans to watch the show starting with the second season, but likely chunks won’t make sense, so I definitely recommend going back and checking out season one if you haven’t seen it.

However, if the first two episodes are anything to go by, Falling Water season two will quickly suck people back into the unique story and keep them there.

To help you catch up on season two, check out USA Network's guide that will tell you everything you need to know.
Twitter
BotonSocial por: SocialEmpresa
Category: TV Reviews & Recaps