Advance Preview: The X-Files Returns with My Struggle III

Wednesday The X-Files reopens with all-new episodes on FOX.

Last season ended with the fate of Mulder (David Duchovny), Scully (Gillian Anderson), and the world up in the air in “My Struggle II.” The eleventh season opens with “My Struggle III” and addresses those events. 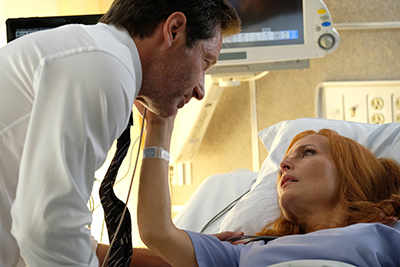 In the episode, we learn more about William, and the agents learn that they are not the only ones searching for their son, and that he may be more important to the fate of the world than they realized.

The episode, being mythology, of course brings back some expected returning characters on both sides, the heavy hitters being Walter Skinner (Mitch Pileggi), Cigarette Smoking Man (William B. Davis), and Monica Reyes (Annabeth Gish), who were all wonderful to see again. There is also a surprise return of a character that I didn’t expect.

The episode also brings newcomers Barbara Hershey as Erika Price and A.C. Peterson as Mr. Y to the show. 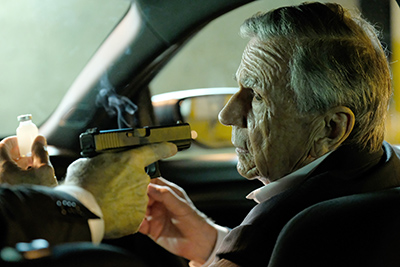 As always, Anderson and Duchovny are the heart of the show, but the full cast works brilliantly together.

The premiere, of course, gives some answers, but as usual, also poses new questions. Carter’s script once again changes the paths and fate of the characters and takes fans on a new journey.

It was refreshing to get a bit more backstory on Cigarette Smoking Man, which even eleven seasons in, we still know little about, and of course to also learn more about Mulder and Scully’s long-lost son.

There are some fun action scenes in the episode, in addition to excellent and compelling character moments between Mulder and Scully, as well as two other characters, who I won’t name, that really change things up. 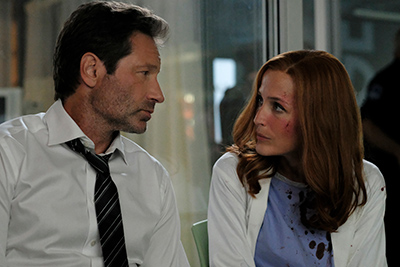 The episode also has a twist at the end that will leave fans shocked. Honestly, I’m still not sure how I feel about it.

I’m very curious to see where the next chapter in the mythology is headed and where it will take the agents.

Stay tuned for my post-mortem of “My Struggle III,” where I will discuss the events of the episode in detail.
Twitter
BotonSocial por: SocialEmpresa
Category: TV Reviews & Recaps