The show is back this week in full swing, starting with  with “My Struggle Part III,” written and directed by Chris Carter, which addresses the events in last season’s finale, and reveals some shocking news. 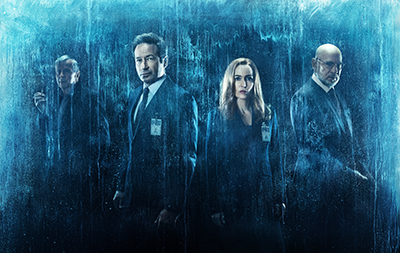 Next up is “This,” written and directed by Glen Morgan, in which an old friend contacts the agents, which leads them to a chilling discovery.

The third episode, “Plus One,” written by Carter and directed by Kevin Hooks, guest stars Karin Konoval (“Home”), and focuses on a set of twins that bring the duo into a dangerous game.

The fourth, “The Lost Art of Forehead Sweat,” pretty obvious by the title, is written and directed by Darin Morgan. The episode focuses on The Mandela Effect, in which people remember events differently, including Agent “Reggie Something,” played by Brian Huskey, who remembers an altogether different X-Files.

The first half of the season concludes with “Ghouli,” written and directed by James Wong. In the episode two girls attack each other, believing each to be a monster. Surprisingly including some mythology, in the episode it’s discovered there could be a connection to Mulder and Scully’s son, William. 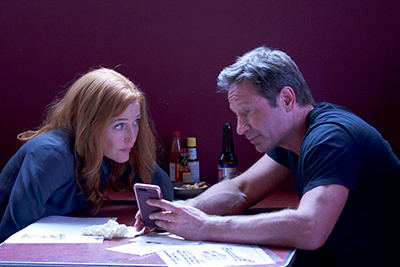 The first half of the season offers a variety for the show in terms of both mythology and stand-alone episodes, as well as a split of seriousness, creepiness, angst, quirkiness, and humor.

The mythology spins itself in some different directions in the first episode, and the stand-alones offer new ideas that take the characters to places we haven’t really seen before on the show. I found the second episode to have a really creepy vibe, the third to be a fun adventure, and the fourth to be full of the Darin Morgan humor we are used to, and this time quite quirky and odd. With the fifth episode especially, I felt like I was watching a classic episode of the show, which made me extremely happy.

The five fit together really nicely. With the eleventh season, I feel that the show has really hit its stride and brings back a lot of the tone of the original series. 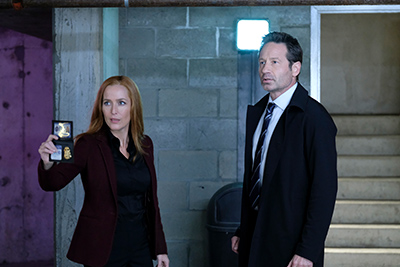 The writers this season have upped their game, and the acting is, as always, stellar. The show brings more of the strange and unusual in the best ways possible, and the visuals are of course just as stunning as fans would expect. As usual, the show also brings some fun new tagline changes.

The series is off to a wonderful start, and I truly believe fans will embrace it, yet new viewers can also jump right in. This season is set up to be a true throwback to the original series.

Stay tuned to the site for a preview of the season premiere, “My Struggle III.”
Twitter
BotonSocial por: SocialEmpresa
Category: TV Reviews & Recaps