Tonight Syfy premieres its new series, Ghost Wars. The series follows Roman Mercer (Avan Jogia), a psychic, who after being sick of the way he's treated in the small town of Port Moore, decides to leave. On his way out, an earthquake strikes, awakening a deadly supernatural force. The only one who can see the ghosts, Roman must convince the town that the dead are trapped on earth, and they're angry. 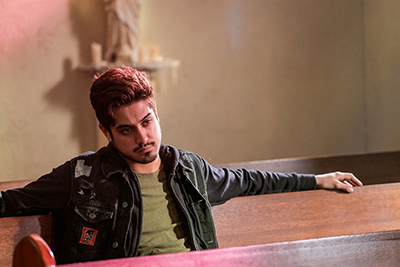 I'm not sure what I expected the series to be, but it's definitely not your average ghost or psychic story. I greatly enjoyed the narrative as you start to discover what's going on in the town, yet are still left with questions.

I liked that the story wasn't completely linear. It was a bit confusing at first, but it really worked to show different sides of the events and help bring everything together in the end and explain some of the characters' motivations for their beliefs.

By the end of the episode, I felt for the characters and think they each got enough screen time that they all felt important to the narrative, rather than extraneous like in some pilots before you get to know all the characters. 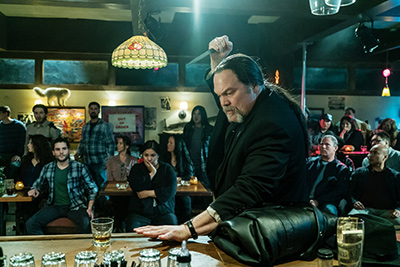 The performers were all spot on. Jorgia carries the show well, and I appreciated the addition of his friendship with Maggie (Elise Gatien), which brings something extra to the show. I also especially enjoyed Vincent D'Onofrio as Father Dan as he tries to bring everyone together. Meat Loaf was also a welcome addition.

The effects of the flashing ghosts really work for the series, and I felt the location and atmosphere played an important part in the show, creating a fun style.

All in all, I found Ghost Wars to be an exceptional addition to the Syfy lineup. It sucked me in and has me hooked after only one episode.
Twitter
BotonSocial por: SocialEmpresa
Category: TV Reviews & Recaps