Based on the best-selling book series by Charlaine Harris, Midnight, Texas premieres July 24th on NBC. The town of Midnight is home to supernatural creatures that feel a pull to the town. It's a place they feel safe and can be themselves.

Manfred (François Arnaud), who can talk to the dead, is looking to escape his past, when he comes to Midnight at the suggestion of his dead grandmother, Xylda (Joanne Camp). Although the town may be a safe haven, it has a lot of secrets of its own. The town sits on a weakening veil between life and hell, and there are plenty of angry ghosts. 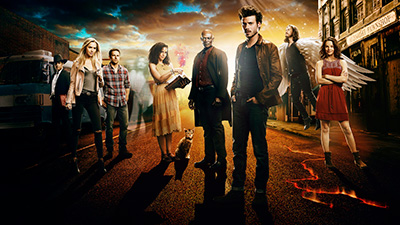 Manfred rents a place from Bobo (Dylan Bruce), who own the local pawn shop.

Fiji (Parisa Fitz-Henley), the resident witch who owns a wiccan shop, has a crush on Bobo. She lives with her cat and familiar, Mr. Snuggly (voiced by Joe Smith).

Manfred is quickly taken by Creek (Sarah Ramos), an aspiring writer with a strict father. 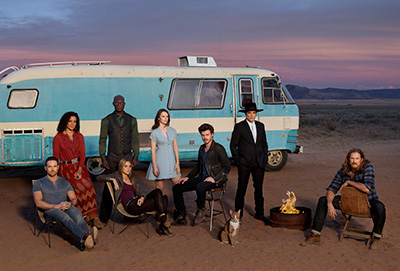 Also in town is Lemuel (Peter Mensah), a vampire who feeds on more than blood and has a history with the town.

The mysterious Olivia (Arielle Kebbel) is an assassin and Lem's lover.

There is also Joe (Jason Lewis), an angel and protector of the town, as well as a tattoo artist, and his husband Chuy (Bernardo Saracino).

Then there is also Reverend Emilio Sheehan (Yul Vazquez), who harbors a dark secret.

When someone in town is murdered, the town must protect its own and their secrets from the suspicious cops, all while guarding themselves from the evil that is coming. 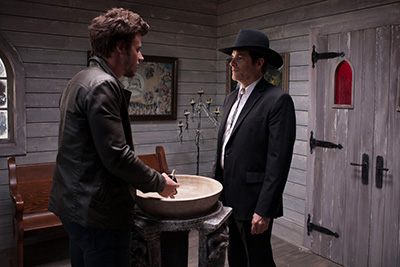 The series, which is executive produced by Monica Owusu-Breen and David Janollari, is a fantastic ensemble show. After the exit of Grimm, NBC needed another supernatural show to fill the void, and I believe it will do nicely and appeal to those fans.

Fans of True Blood, also based on Harris's work, should also like the show. Being on NBC, it obviously isn't as dark, nor does it have as much sex and violence as the other, but what it does have are relatable characters, a unique love story, and of course fun supernatural creatures. 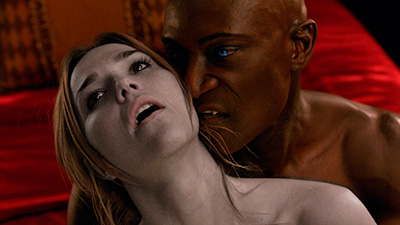 Although a lighter fair, the drama does have it's dark moments, and the stories are rich with Harris's story-telling brought to life. The scripts do a stellar job of pulling you into the mysteries as well as the personal stories, making you fall in love with the characters.

Some of the faces fans will recognize from other sci-fi favorites, but all of the cast was perfectly chosen. The actors all have great chemistry together. I think viewers will become especially invested in Lem and Olivia, who's relationship is not only interesting, but hot. 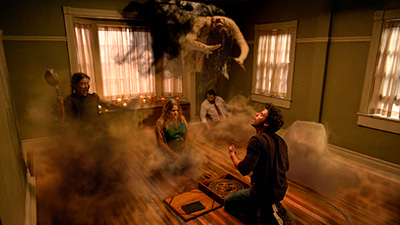 The nice thing about the pilot episode is that it does an excellent job of introducing each and every main character so you really get a feel for what they are about (except maybe the mysterious Rev, who is featured in episode two), with subsequent episodes expanding each of the characters' backstories.

The pilot also sets up the murder mystery and teases at the larger story to come, which is greater explained in episode two. 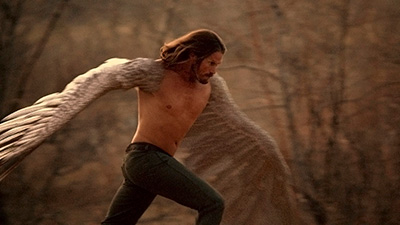 That being said, the scope of the show changes a bit, as the format of the show changed after the first episode. The series promises to have both mythology rooted in the veil, as well as some standalone stories woven in, and of course there is also the murder mystery that threads through the season as well.

As such, I felt that the show really picked up at episode three, and hit its sweet spot. I became hooked.

Midnight, Texas is a kick-ass new supernatural drama that will pull you in and keep you there.
Twitter
BotonSocial por: SocialEmpresa
Category: TV Reviews & Recaps