In tonight's episode of Doctor Who, "World Enough and Time," The Doctor (Peter Capaldi) along with Bill (Pearl Mackie), Nardole (Matt Lucas), and Missy (Michelle Gomez), answer a distress call from a huge spaceship trapped in the gravity of a black hole. Time becomes the Doctor's enemy when someone he's sworn to protect is killed, and the ship is full of one of his greatest enemies, the Mondasian Cybermen, in part one of the season ten finale. 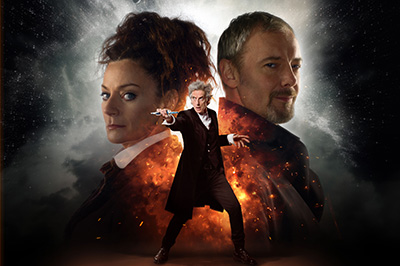 I loved the tonal shift within tonight's episode. The beginning was so much fun, and I was delighted by Missy's interactions with the others, particularly her introductions of Bill and Nardole and the way she went all-in with what was expected of her. In connection with that, her joking around with Bill about the Doctor's real name (another reintroduced fan reference) was priceless. I also was amused with the Doctor's laid back attitude when dealing with her.

From there, the story took a darker tone unexpectedly. I don't think many viewers will expect what happens in that sequence; I know I sure didn't. 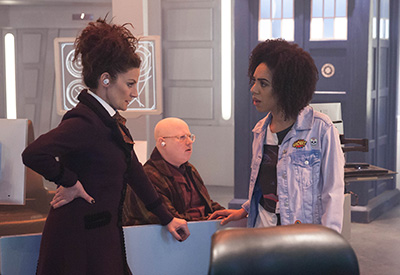 The rest of the episode was extremely tense and chilling, even if there was a bit of levity sprinkled in, such as jokes about the Doctor's eyebrows, which is always funny, yet I was still on the edge of my seat. The episode was written and directed brilliantly with the pacing and overall feel.

As a side note, I also appreciated the bit of social commentary, where the Doctor and Bill discuss gender stereotypes. 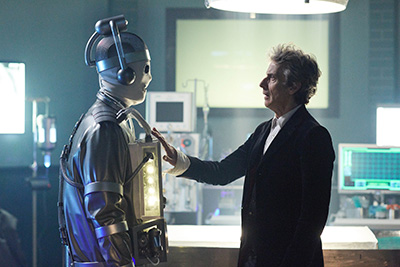 However, as much as I really loved the episode and was shocked by the beginning, I have a big complaint, and that is the series' promotion. This episode would have been so much better if things had been left up to surprise. I would love to have figured out the enemy on my own. I mean, there are big clues, but it would have been a fun reveal.

Moreso even than that, assuming the Cybermen couldn't be kept a secret, there is an even bigger part of the episode that had already been shown in the previews unnecessarily, which made the twist at the end completely obvious, in my opinion. It's hard to say much more without completely spoiling it, but I can only imagine what kind of feelings it could have evoked had I not completely expected it by that point. It's a shame. 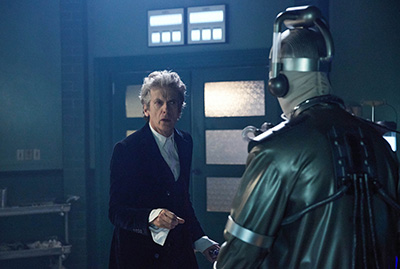 I did, however, like seeing the Cyberman again, and I appreciated them using the older models from Mondas; it's a treat for fans, and seeing how their story progressed on the ship was truly pleasing.

Regardless, I still was in shock at the end of the episode, and I very much enjoyed the episode and the fantastic ending. It's definitely one of my favorites of the season.
Twitter
BotonSocial por: SocialEmpresa
Category: TV Reviews & Recaps