Advance Preview: Doctor Who - The Eaters of Light

Tonight's episode of Doctor Who, entitled "The Eaters of Light," comes from a real mystery from Roman Britain. As the legend goes, the Ninth Roman Legion of about five thousand soldiers disappeared into the mists of Scotland some time during the second century. Bill (Pearl Mackie) has her own theory as to what happened to them that the Doctor (Peter Capaldi) disagrees with, so they, along with Nardole (Matt Lucas) hop in the Tardis to find out the truth. However, when they arrive in Aberdeenshire during the second century, they find more than they ever expected. In a cairn they find a portal that may be a gateway to the end of everything. 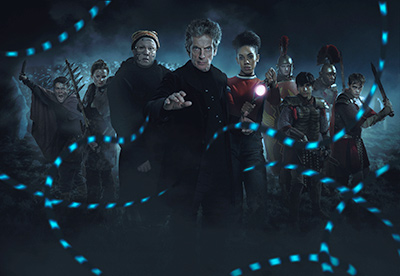 As always, the acting in the show is fantastic. I especially enjoyed the bantering between the Doctor and Bill, as well as Nardole talking to the crow in this episode.

I was also happy to once again see Missy (Michelle Gomez), who is always a treat. The more episodes that go by, the more I want to believe she is sincere, but only time will tell.

I especially love her and Capaldi together; there were some brilliantly charged emotional moments at the end of the episode, which was the highlight for me. 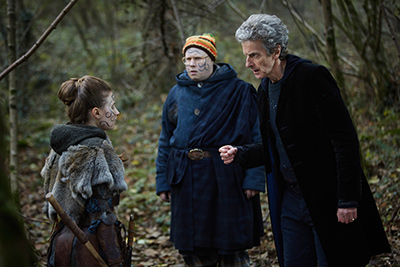 I appreciate that this week the series tackled a real legend, and I always like when they are able to twist things so the Doctor's version could have possibly happened in real life, such as the ice thaw in "Thin Ice" earlier in the season.

The creature itself was impressive. It was a unique design, with only the tentacles being revealed at first, with the full monster not being revealed until close to the end of the episode. It also for a change from recent episodes, was just a straight up 'creature that will destroy the planet' that they had to get away from Earth; there was no morality involved in it. The story was more about the characters and putting aside biases. I also found it fascinating that everyone was young, and the story played with the idea of growing up and facing your fears. 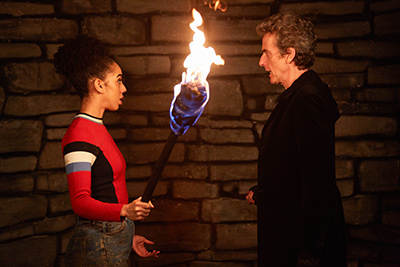 I also liked the other aspects of design in the episode. The special effects of the portal and the creatures within were exceptional and the warrior makeup design was appealing. Also Nardole in his bright orange robe and pajamas was just comical.

In all, the tenth episode, while in my opinion not the most exciting this season, was still enjoyable and brought something new to the series.
Twitter
BotonSocial por: SocialEmpresa
Category: TV Reviews & Recaps