SciFi Vision | All Reviews | Television Reviews | Advance Preview: Doctor Who - The Lie of the Land

Advance Preview: Doctor Who - The Lie of the Land

What would you do if you woke up to an alien occupied planet where everyone accepted it as the normal way of life, but you knew the aliens had in fact just invaded some months ago, and it was your fault. Not only does your best friend believe the lie, but he's promoting it. How far would you go to make everyone see the truth?

That's the problem that is facing Bill (Pearl Mackie) in tonight's all-new episode of Doctor Who, "The Lie of the Land." Earth has been invaded, and having been imprisoned, the Doctor (Peter Capaldi) now appears to be on the side of the enemy. Bill and Nardole (Matt Lucas) must find a way to rescue the Doctor and make people see the truth, no matter how high the cost. 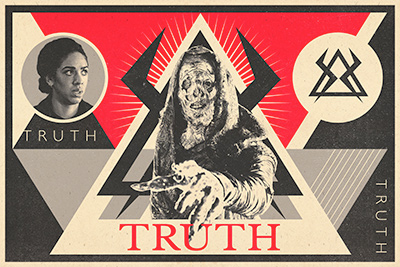 I found this episode to be incredibly tense. I really feared for the Doctor, which all comes down to Capaldi's excellent acting.

I loved seeing Bill and Nardole team up to figure out a way to save the Doctor; they made a great team. Mackie played the intense and emotional scenes perfectly, and as always, Lucas was their to lighten the moment when need be. 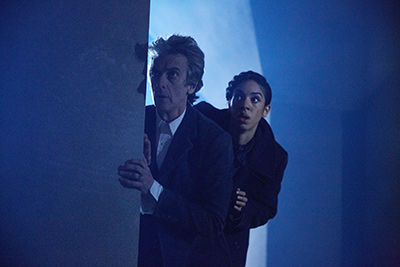 Bringing Missy (Michelle Gomez) back again was obviously a fantastic choice, and I am really intrigued by where her story is going as the season moves torward the end. I always love seeing Gomez.

The story itself was brilliant, and without giving anything away, I really enjoyed how Bill fought against the monks, and how it connected back with previous episodes of the season. 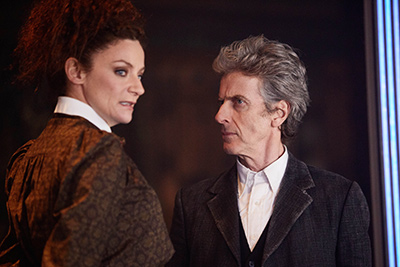 There was also some great social commentary in the episode, about the way people will accept certain things and how history repeats itself.

"The Lie of the Land" was another of my favorites of the season. It was definitely an emotional journey.
Twitter
BotonSocial por: SocialEmpresa
Category: TV Reviews & Recaps