SciFi Vision | All Reviews | Television Reviews | Advance Preview: Doctor Who - The Pyramid at the End of the World

Advance Preview: Doctor Who - The Pyramid at the End of the World

Tonight BBC America airs an all-new episode of Doctor Who, "The Pyramid at the End of the World." When a five thousand year-old pyramid appears between opposing armies overnight, the Doctor (Peter Capaldi) is called in. Every clock becomes a doomsday clock, counting down to the destruction of the Earth. A group of alien monks offer Earth a deal for salvation, but they must consent, and it could mean the enslavement of the human race. 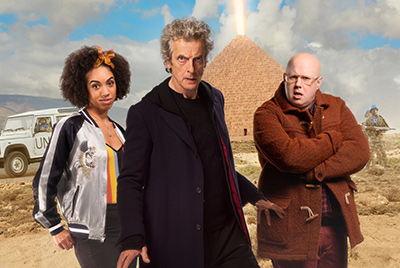 The tension increases as the season continues, with this episode being a continuation for last week's "Extremis." This episode is intense as the stakes are raised and the Doctor tries to save the planet, all while being blind.

As much as I have continued to wait for the Doctor to get his sight back, I do enjoy the continued use of the sonic glasses as a way for him to "see," even if he still needs Nardole (Matt Lucas)'s help. 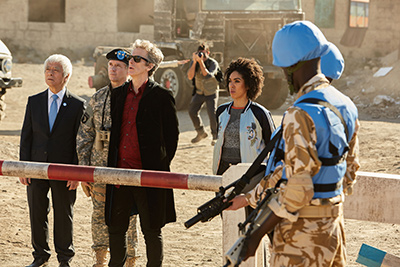 The aliens of this set of episodes are different, as they aren't outright attacking this time, leaving it up to humanity's choice, which I found interesting. I also liked that once again Bill (Pearl Mackie) has to make a choice on her own.

This episode really shows the connection between Bill and the Doctor, and how important he has become to her. It's obvious that Bill will be affected when the Doctor regenerates later in the season. 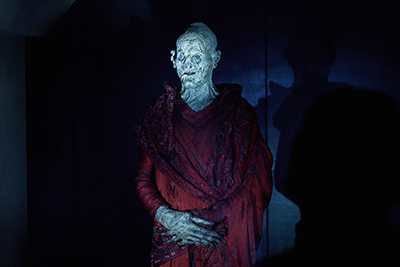 The only negative I have to say about the episode is more dealing with the writing. It didn't make sense to me that UNIT wasn't involved. It would have been nice to see some of those recurring characters again.

As a change, I do appreciate these unofficial sequels that continue the same story, but aren't exactly a part two. And while not necessarily one of the best of the season, all in all, "The Pyramid at the End of the World" was still an excellent episode.
Twitter
BotonSocial por: SocialEmpresa
Category: TV Reviews & Recaps