Tonight on the season finale of Colony, which has already been renewed for season three, the fate of the bloc has been determined: total rendition. The Bowmans must choose their next move and make a difficult choice.

The stakes are high in the episode as the bloc faces total rendition, and everyone rushes to deal with what's to come. The thrill and momentum really stays throughout the episode, keeping you on your toes, waiting for what's next. 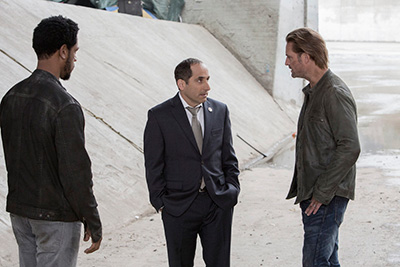 Through the season the show has been moving towards this climax, and the outcome will change everything. I'm really excited to see where the series goes in season three and how different things will be.

There were some specific moments that stood out to me in the episode, the first being a reveal very early on that I wasn't expecting to see. 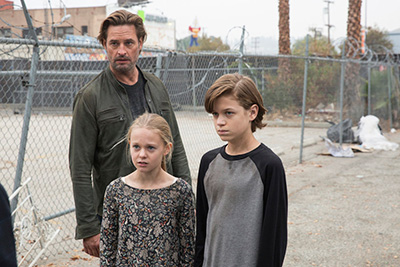 I really enjoyed Snyder (Peter Jacobson) in this episode, stepping out of his comfort zone and making a decision that could change everything, which was another pivotal moment to me. His character has really grown throughout the season, and I'm happy with the direction they've been taking him.

I'm also curious to see how Maddie (Amanda Righetti)'s storyline plays out when the series returns.

"Ronin" was an excellent episode and season finale that will end with people wanting more. Be sure to tune in tonight on USA Network.