Advance Review: Colony - Lost Boy: What Did Bram Do?

In this week's episode of Colony, "Lost Boy," there is an attack on the Green Zone, told from multiple perspectives. Will (Josh Holloway) also learns that Bram (Alex Neustaedter) has been sneaking out.

In the episode Bram faces many obstacles and choices as he learns more about the Red Hand group and must decide how far he is willing to go. 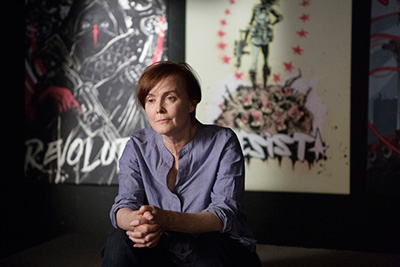 "Lost Boy" feels different in tone than previous episodes, as it is broken up into pieces of the action from each character's perspective, though centering around Bram. Each part subsequently gives you more information than the last, culminating in the truth of what really happened. I very much enjoyed the style and how they told the story in this way. I also liked the way they wove Maddie (Amanda Righetti) into the narrative. 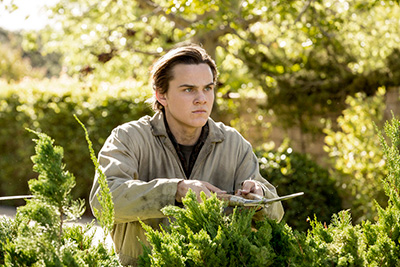 It was great to see more into Bram's head this week, as so often I feel we don't get to see a lot of his motivations. In this episode we see him struggle with hard decisions that could affect the lives of those he cares about. I was curious to see in the end what path Bram would take when there wasn't someone there to tell him what to do.

The other part of the story I found interesting was with Snyder (Peter Jacobson) and Helena (Ally Walker) and their plans.

The episode, which packs quite a punch, is well worth watching. Be sure to check it out tonight, on USA Network.