SciFi Vision | All Reviews | Television Reviews | Advance Review: The Magicians Returns For Season Two & Is Exciting as Ever

Advance Review: The Magicians Returns For Season Two & Is Exciting as Ever

Tomorrow night The Magicians returns to Syfy with all-new episodes for season two. At the end of season one, while in Fillory, Julia (Stella Maeve) had betrayed Quentin (Jason Ralph) and his friends by making a deal with The Beast (Charles Mesure), whom they were trying to kill, leaving him, Alice (Olivia Taylor Dudley), Eliot (Hale Appleman), Margo (Summer Bishil), and Penny (Arjun Gupta) to die. 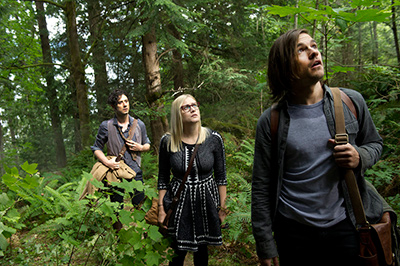 Season two picks up with the fate of the characters as they scramble to make a new plan to kill The Beast, while he and Julia discuss the terms of her deal to find a way to kill Reynard (Mackenzie Astin), who had previously raped her and killed her Hedge Witch friends in front of her. Meanwhile, Penny struggles with losing his hands, and the royalty of Fillory are chosen.

Season two jumps right into the story head first. I enjoyed the way they changed things up from the book series, yet still brought in those key elements. I love how the show blends the action and the fantasy, all wrapped up in beautiful visuals. The sets of Fillory are gorgeous, and I especially liked the design of the bridge. 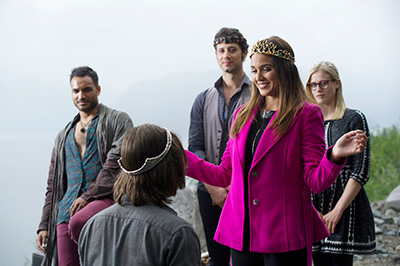 All of the actors, as with last season, are on their game. Ralph brings an earnestness to Quentin that fits perfectly. Appleman and Bishil continue to not only bring the laughs, but go beyond that with their performances as they also deal with some serious issues, and they often steal the show. However, Gupta also brings a lot of humor to his character this season as well, and I'm really interested to see where Penny's storyline is going. 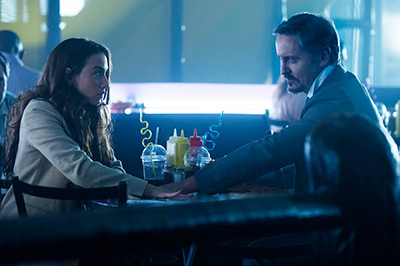 I also was also pleasantly surprised by Charles Mesure's portrayal of The Beast this season. It was not at all what I expected from the character.

Last season every episode had me craving more, and this season is no different. The Magicians movea at a perfect pace and never disappoints. Fans of the book series as well as the television series are really in for a treat.
Twitter
BotonSocial por: SocialEmpresa
Category: TV Reviews & Recaps