Advance Review: Face Off: All Stars

Tuesday the award-winning series Face Off returns to Syfy with an all-star season eleven. Sixteen previous contestants return to battle it out for the grand prize, this time in teams. This season there will be never before seen challenges, including the use of green screen as well as double transformations with two sides to one character. 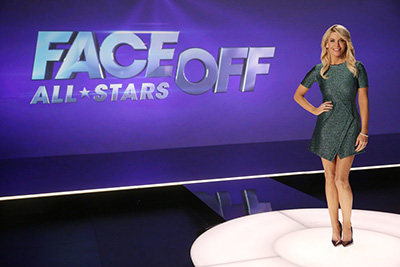 McKenzie Westmore returns again as host, as well as judges Ve Neil, Glenn Hedrick, and Neville Page, and mentor Michael Westmore. As always, the season will also bring other leaders in the industry.

In the premiere, "Abstract Aliens," the contestants must create unique alien creatures with the use of green screen. 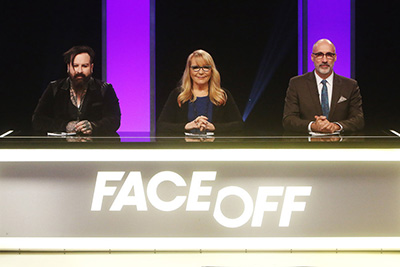 I really enjoyed the first episode of the season. Bringing back contestants for an all-star season was a smart idea and helps to keep the series fresh. Using green screen only added more challenges, and was interesting to watch. Everyone was on their game, and the results were excellent. Using the same teams also brings something new, and I liked that change in format.

I'm excited to see what other new creations the artists create next.

Be sure to tune into Syfy on Tuesday night for the season premiere.

Also if you haven't yet, be sure to check out the photo gallery from the episode as well as the sneak peek video.
Twitter
BotonSocial por: SocialEmpresa
Category: TV Reviews & Recaps