Tonight Colony returns with the premiere of season two. The series takes place after an invasion in an occupied Los Angeles, and follows the Bowman family as they try to survive, often making difficult choices that put them in danger.

When we last left off, Bram (Alex Neustaedter) had been arrested for trying to go under the wall surrounding the city. Meanwhile, his father, Will (Josh Holloway), left via a transit pass given to him by Proxy Snyder (Peter Jacobson) to get to the Santa Monica bloc and try to find other his son, Charlie (Jacob Buster), who had been separated from the family during the arrival. 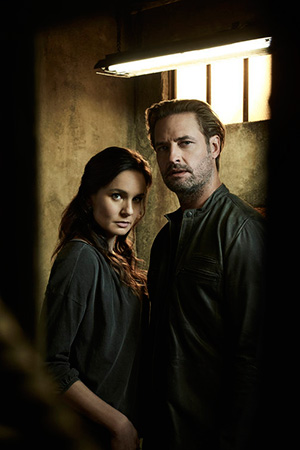 Meanwhile, Katie (Sarah Wayne Callies), Will's wife, was left to take care of their other child Gracie (Isabella Crovetti) and to deal with the aftermath of Bram's actions. The audience is also aware that the house is now under surveillance.

Season two, surprisingly, does not pick up from that point, and very little of the season finale is addressed in the first episode, as the majority of the episode is a flashback of the arrival. However, that being said, I did not mind not getting many answers in the premiere. It was really great to be able to see how it all started and to get a better idea of who the characters were before everything changed.

I especially enjoyed seeing the Bowmans leading up to the wall coming down as well as Snyder and Broussard.

Also the character of Devon (Carolyn Michelle Smith) is introduced, who I think adds a lot to the backstory of Will. 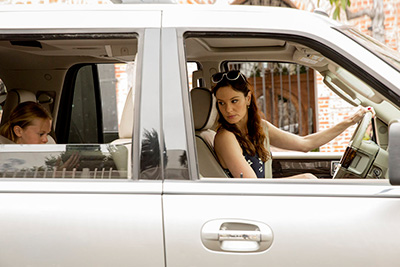 As with season one, the writing is brilliant, and the cast is amazing. Watching the premiere only made me want to see the next episode right away.

Having watched the first four episodes of the season, I really like where the story is going and am excited to see more. It continues pull me into the drama as it unfolds.

Be sure to tune in to the season two premiere of Colony tonight, on USA Network.
Twitter
BotonSocial por: SocialEmpresa
Category: TV Reviews & Recaps