Advance Review: Beyond Offers a Unique Mystery with Appealing Visuals

Freeform's newest scripted series Beyond premieres with a special two-hour episode January 2nd. The ten-episode season, which comes from creator, writer, and executive producer Adam Nussdorf, will also be available in its entirety on multiple digital platforms simultaneously with the two-hour premiere event.

The sci-fi series follows Holden Matthews (Burkely Duffield), who after awakening from a twelve year coma discovers he has strange and dangerous new powers. He, along with some help from his old friend Kevin (Jordan Calloway) and new allies Willa (Dilan Gwyn) and Jeff (Jeff Pierre), must not only work to find out what happened to him during those twelve years and learn how to control his new abilities, but also to escape the reach of a mysterious group who wants something from him. 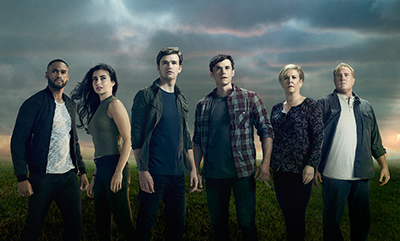 I was really surprised by Beyond. It was different from the usual fare of Freeform and has a unique vibe. I liked that the show kept me guessing and was not just about what I had originally thought, but had a deeper plot than at first seems to be on the surface.

The series has great drama interspersed with an interesting mystery of what actually happened to Holden during the twelve years of his coma, as well as a healthy dose of action. It's also paced really well and each episode ends with a mini cliffhanger, which really propels you into the next episode. Having all the episodes available for binge watching I think will appeal to a lot of viewers. 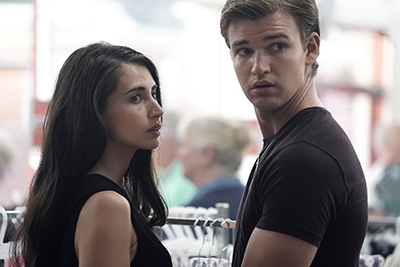 Duffield fits his role well and is great as the innocent boy who suddenly finds himself as an adult. It was enjoyable watching him acclimate to his new life. The supporting cast were excellent as well. I also especially enjoyed Gwyn as Willa, Peter Kelamis, as the man in the yellow jacket, and Eden Brolin as Charlie, who appears later in the series. 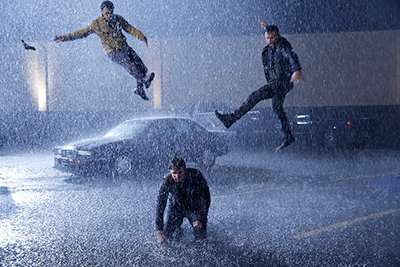 The show also boasts quite a few visual effects and a beautiful aesthetic; I especially love the more mythical sets. It's hard to say much without giving anything away, but you can see by the end of the pilot its unique visual style.

The scripts are well-written, and there are some great lines, including fun movie references sprinkled throughout the show.

Beyond is an entertaining new show that should appeal to a large audience. I feel it will play well to both an older and younger crowd and can be enjoyed by all ages.
Twitter
BotonSocial por: SocialEmpresa
Category: TV Reviews & Recaps