Tonight USA Network premieres its new series Falling Water. The story focuses around three unrelated characters: Tess (Lizzie Brocheré), who learns to travel among dreams, as well as Burton (David Ajala), head of security at a banking firm, and Taka (Will Yun Lee), a detective seeking the truth. Each is looking for something different, and their answers may be in their dreams. The more they search, the more they discover they may be connected, and there could be more at stake than they thought. 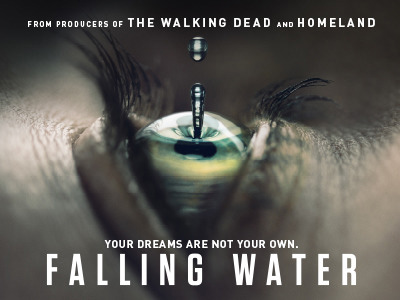 The series starts out at a slow pace, but as you move through the episode, you realize it's with purpose. Only minute clues are given out, and honestly, for a good chunk of the first episode, as a viewer, I was a bit lost. I wasn't completely sure what was dream and what was reality at first, but in the best way, because I was also very intrigued, trying to piece it together. The show isn't for everyone. If you are the kind of person demanding quick answers, the show's pace may give you issue. It's a slow burn, but it's oh so good. If you stick it out, you'll be scrambling for more and wanting to rewatch to see what you might have missed. The following episodes also do pick up the pace as the mystery unfolds as well.

The writing on the series is excellent, and I was drawn in right away. It's a smart show, and I loved connecting the pieces. 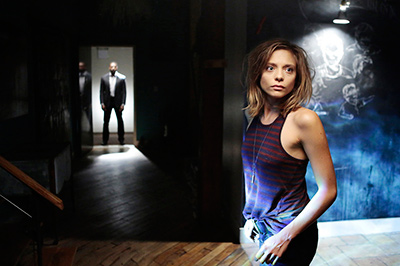 The acting is also stellar, and the ensemble all work well together, though the standouts are the three leads. Each character has just as interesting a story as the next, and even the supporting characters bring their own intringue into the storyline.

There will obviously be comparisons to the film Inception because of the subject matter, but really, that is where the similarities end. The show is its own thing and has a unique visual style that helps pull you in. After previewing the first four episodes of the series, I'm already hooked and calling it the best new show of the fall on my list.

Be sure to tune in tonight to USA Network for the premiere of Falling Water.
Twitter
BotonSocial por: SocialEmpresa
Category: TV Reviews & Recaps