Earlier tonight, WGN America premiered the second episode of the series, Bellevue, a thrilling crime drama, set in a small town with big secrets. Twenty years ago, a young woman was murdered, and now the killer has returned, or has he orshe? When a teen goes missing, Police Chief Peter Welland, played by Shawn Doyle, and Detective Annie Ryder (Anna Paquin) take the case.

Recently Doyle talked to SciFi Vision in an exclusive interview about his role on the show.

SCIFI VISION: To start, can you talk about how you got involved with the show? 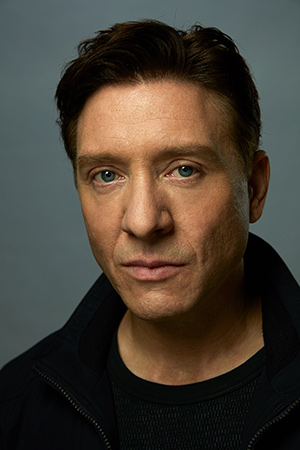 I was initially reluctant to do it, because I have played police officers before, and often the main characters on a TV show, when they are police officers, it is very procedural, and it's not necessarily that challenging for an actor when you have done it a few times. But through my conversations with Jane, I started to understand that really the character was going to be driven by this deep secret from his past, mixed with his sense of protectionism over Anna. And so for me, that was very interesting, and the idea of exploring that was compelling.

Was there any kind of preparation though, or research that you did into the character? Or have you played so many cops that you really didn’t need to?

Well, every time you show up on the set where there's a professional as a character, you get some sort of briefing, and we had this particular police person who was a consultant for us. He was akin to a SWAT commander in Quebec, Montreal.

And so we went through various firearm procedures, how to hold a gun, how to move, how to cover each other, and various drills like that. We did that for a little bit, just to be familiar with it and to feel confident when we had to draw our guns.

And anytime we had particular action to do in the show, he was there to give us the rundown on how it would play out in terms of who would go through doors first, who would stay back, how you cover each other, how you move, that sort of thing. When you draw your gun, when you don’t, what you say to each other. So we felt very informed about anything we had to do in that respect.

Character-wise, rather than his profession, was there anywhere other than the script, like from a character or a person maybe, that you took inspiration from when creating Peter?

No, there's no particular person I took inspiration from, but when I read the first four scripts, I got a sense that there was some darkness and a bunch of secrets that Peter was holding inside. I wasn't necessarily privy to those at the beginning, but I did understand that things were going to play out in a compelling way for Peter and Anna's relationship. 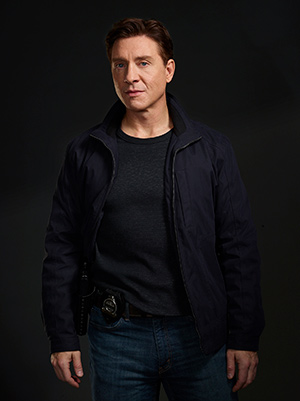 In terms of informing the character, I feel that as Anna Paquin and I played with each other, what was happening onscreen was enough to inform the writer about where to take our characters and what direction that relationship should go in. So, I think if there was any kind of informing going on, it was ultimately kind of the results of us actually doing the work on camera that led step by step to where the characters got to.

Can you talk about your Peter’s relationship with Annie?

I was a protégé of Annie’s father when he was police chief, and we had a very strong relationship, which ended badly when he died. And from that moment on, I kind of took it upon myself to take care of Annie, either being like a surrogate big brother or a father to her.

And by the time the audience sees us in the first episode, we’ve established a relationship that’s kind of hot and cold, fire and ice. It’s a mix of my appreciation of who she is as a cop and a person, mixed with my frustration about her sometimes questionable techniques to get the answers that she gets, but it’s a relationship that’s entirely built on a history of trust and love for each other.

And as I said earlier, we really fell into it very easily once we started to play. It’s not something that we spent a lot of time talking about or developing off camera. We both were ready to just jump right in, and as soon as we looked at each other in the scene work, it all fell into place very naturally.

Can you tease about maybe some of the complications in their relationship that arise?

I think what happens to both of these characters, is that they have an implicit trust in each other that gets challenged as the case progresses. 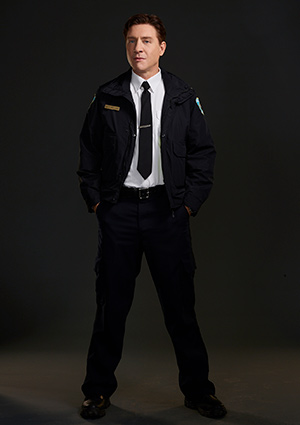 You said earlier you only got four scripts at the beginning, so how much did you know? Did you know who the killer was, or who was sending Annie the riddles? Or did that stuff come way later? And if you didn't, did you guess, and were you right or wrong?

Well, first of all, I did not guess who it was. I had no idea and was quite stunned when I read it. And secondly, we didn’t get those last two scripts until just before we shot them, so none of us knew who it was.

...And that was interesting. It was interesting, because an actor plays certain moments, and then it’s only in retrospect you can see how that fits into the final puzzle.

Yeah, it's interesting sometimes to go back and see if you see any clues. I was thinking of doing that, but I didn't see any that I can outright think of. Maybe there were and I missed them, I don't know.

Yeah, exactly. I have since gone back, and I looked at it, and I could see certain signposts, but they are very subtle, and I thought it was handled extremely well.

Well, in the show, really anyone could be the killer; no one feels safe. Not revealing anything one way or the other, did you suspect Peter in the beginning?

I did not know whether or not I was the killer. Clearly there are many characters in the piece that are written in such a way that questions are raised about who they are and whether or not they’re the killer, but I think from the point of view of the actor, one’s job is not to have to know. It’s not reliant on knowing whether or not I was the killer, it was much more important for me to just have my own substitution for a sense of shame or secrets that I would be holding. They don’t have to be the secrets that the character has. They can just be secrets that I create or bring from my own life or whatever just to bring that subtext to the show. It was less about needing to know whether or not I did it, and more about finding my own way into that kind of gray area, that kind of gray nebulous world.

Do you have a favorite moment or scene that isn’t too spoilery that you can share? 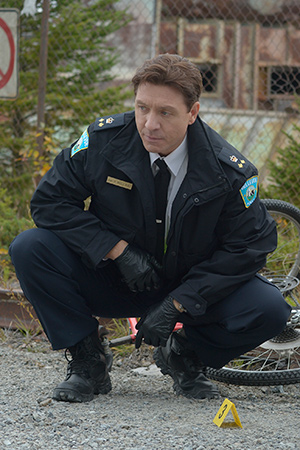 I have a number of favorite scenes, but I would say for me the most magical scene is a confrontation that happens. It’s hard to describe it without it being a spoiler, but let’s just say that there’s a scene where I confess some truths to Annie that I’ve been holding for a long time. It’s a scene that on paper, it seemed impossible to play; it just seemed so challenging. And even in the playing of it, I found myself very confused about how to do it, but I think the magic of the scene is that whatever that sense of confusion and conflict was, it somehow translates into that scene. I think it plays out really well.

And part of that is just because, once again, by that point in the show, Anna and I had developed such a strong relationship on camera and off camera, that we trusted each other, and we just kind of went with it.