FREE WILL IS NOT FREE.

We are pleased to share the attached official season three poster for WESTWORLD. The Emmy® winning drama series returns SUNDAY, MARCH 15 at 9 pm on HBO.

Official key art from the third season of Westworld, premiering 3/15/20, after the jump.

***Note that I've included a link for the full gallery, which will be updated as photos become available*** 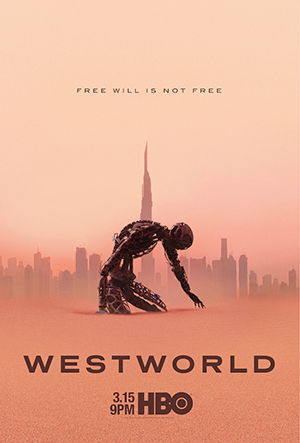