First Look at Syfy's Lobo in Season 2 of Krypton

Emmett J. Scanlan plays the newest DC Comics character to join KRYPTON, Lobo. A ruthless bounty hunter, who murdered his entire species, he possesses a genius level intellect when it comes to matters of warfare, making him a deadly adversary. Imbued with superhuman strength, and virtually immortal, Lobo will keep coming until the job is finished. His word is the only thing Lobo holds sacred; and although he’ll never violate the letter of an agreement, he might disregard its spirit from time to time!

Set two generations before the destruction of Superman’s home planet, KRYPTON follows Seg-El (Cameron Cuffe), the legendary Man of Steel’s grandfather, as a young man who is faced with a life and death conflict – save his home planet or let it be destroyed in order to restore the fate of his future grandson. KRYPTON is from Warner Horizon Scripted Television and is executive produced by David S. Goyer (“Man of Steel,” “Batman v Superman: Dawn of Justice,” “The Dark Knight Trilogy”) through his Phantom Four banner, alongside Cameron Welsh, who serves as showrunner.

Below is the photo of Emmett J. Scanlan as Lobo, check it out. 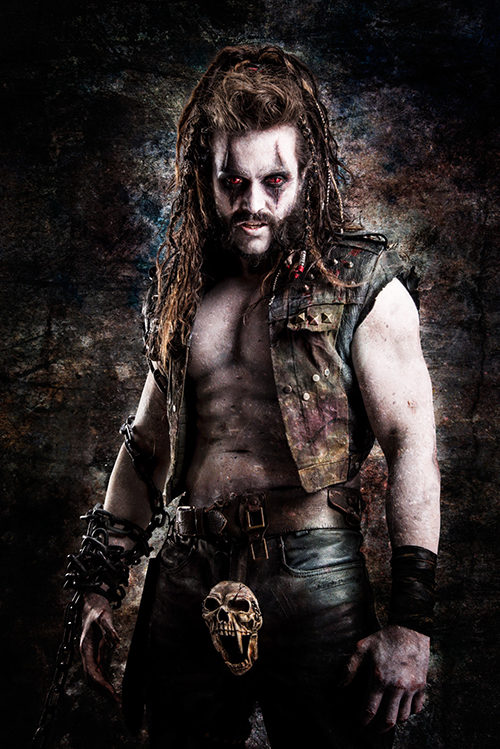