FOR IMMEDIATE RELEASE – Tune-in for the extended 90-minute season five finale of the undead television phenomenon, which continues to be the #1 show on all of television among the coveted 18-49 demographic.  The season five finale of “The Walking Dead” airs on Sunday, March 29 at 9pm ET/PT on AMC and includes the first promo of the companion series to “The Walking Dead” (title TBD), which is slated to premiere in late summer. 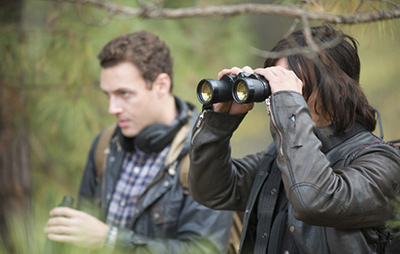 On the season five finale of “The Walking Dead,” “Conquer” – written by Scott Gimple and Seth Hoffman, and directed by Greg Nicotero – Daryl experiences trouble on a run while Rick and his group continue to feel like outsiders in Alexandria, where trouble is creeping into the gates. 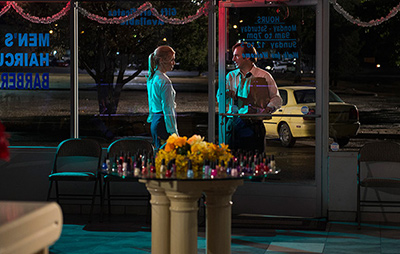 Additionally, viewers will not want to miss a new episode of “Better Call Saul” airing on Monday, March 30 at 10:00pm ET/PT.  After debuting as the biggest series premiere in cable history among adults 18-49 based on Nielsen live/same day ratings, “Better Call Saul” is now confirmed as the #1 series premiere in cable history among adults 18-49 and adults 25-54 in live+3 ratings, which include three days of time-shifted viewing.  Critics continue to rave about “Better Call Saul,” including Kevin Sullivan of Entertainment Weekly who said, “The series’ experiments with chronology so far that have made for the most interesting television.”

On the new episode of “Better Call Saul,” “Pimento” – written and directed by Thomas Schnauz – Chuck urges Jimmy to accept a harsh truth; meanwhile, a deal threatens to go off the rails when Mike's ability to complete a job is called into question.

About AMC
Whether commemorating favorite films from every genre and decade, or creating acclaimed original programming, AMC brings to its audience something deeper, something richer, Something More. The network reigns as the only cable network in history ever to win the Emmy® Award for Outstanding Drama Series four years in a row with “Mad Men,” and six of the last seven with current back-to-back honoree, “Breaking Bad.” The network boasts the most-watched drama series in basic cable history and the number one show on television among adults 18-49 for the last two years with “The Walking Dead.” AMC’s original drama series include “Mad Men,” “The Walking Dead,” “Better Call Saul,” “Hell on Wheels,” “TURN: Washington’s Spies,” “Halt and Catch Fire,” and the forthcoming “Humans,” “The Making of The Mob: New York,” “Into the Badlands” and “The Night Manager.” AMC also explores authentic worlds and discussion with original shows like “Talking Dead” and “Comic Book Men.” AMC is owned and operated by AMC Networks Inc. and its sister networks include IFC, SundanceTV, BBC America and WE tv. AMC is available across all platforms, including on-air, online, on demand and mobile. AMC: Something More.
Twitter
BotonSocial por: SocialEmpresa
Category: TV News