Monday, the new sci-fi series, Debris, premieres on NBC. The show follows CIA Agent Bryan Beneventi (Jonathan Tucker) and MI-6 Agent Finola Jones (Riann Steele), tasked to work together under Orbital, a coalition between the two agencies, to recover debris from a alien spacecraft that messes with the laws of nature and affects people in different ways.

Be sure to watch Debris on NBC, and you can also read the transcript of the round table following the video of SciFi Vision's portion of the interview.


SCIFI VISION:   Hi, thanks for talking to us today. We've only seen the pilot, but I really, really enjoyed it so far. Since we haven't seen a whole lot of either of your characters, maybe you could just explain a bit of what's coming up for them? 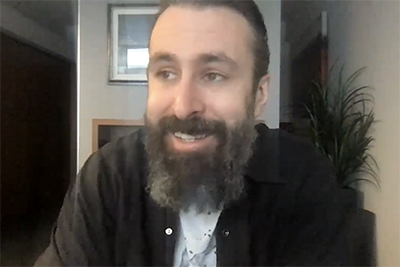 SCROOBIUS PIP:  Well, I think, in the first episode in particular, both of our characters are quite mysterious. We are almost on opposite sides of the battle to find the debris. Anson Ash is part of a mysterious group, which we'll gradually find more and more about as we go along. His background also is quite sketchy, but I think it's easy to say early on...

SCROOBIUS PIP:  [laughs] ...particularly with a British military background. And there are questions over the funding, whereas [with] Maddox, it's almost the exact opposite. We know that the funding is from the US government, but it's the mystery of what he's doing with it, and what his outlook or plan is.

SCROOBIUS PIP:  Yeah, it's continually evolving. There're points where you think you know who the good guys and the bad guys are, and that can take a full flip episode to episode. I love TV that has that kind of element that you get comfortable on. "I'm right. I know the goodies and the baddies." and then, "Hang on, I'm seeing more and more here." So yeah, there's a lot to be revealed.

NORBERT LEO BUTZ:  I would say in terms of the character I'm playing, this guy Craig Maddox, he is an extremely accomplished, capable scientist, soldier and spy. The people who head up these sorts of paramilitary, highly secretive CIA departments, just in the little reading that I've gotten to do in some of that life, they're fascinating people…When the CIA recruits people for this kind of special ops work or secret service work or whatever you want to call it, they recruit from the military. That's one world that they come through. Then, another world is through academia or through IT students, incredibly smart tech geniuses. Craig Maddox is both. I think that's really what's cool about him. He would have come up as a soldier, like Jonathan's character, but he also would have done a full advanced degree. He probably speaks multiple languages; he really understands the science. I think that's such an interesting combination, that he's such a left brain and right brain sort of guy at the same time, highly strategic, always, even in his personal life. He doesn't stop being a kind of scientist spy, even in his marriage, and even as a father, he remains that kind of guy. So, yeah, [the audience is] gonna take several episodes before they I think trust either of us. 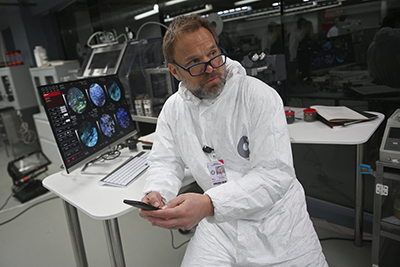 QUESTION:  How forthcoming was [Joel Wyman] with you about where your characters were going and what they were really about? Did you ever ever have questions along the way?

SCROOBIUS PIP:  For me, Joel was the lead salesman of the whole idea of this show, of the characters. The first Zoom call I had with Joel to find out about Anson Ash, I've said to numerous friends, "I don't know if he's just gone through a rulebook of what actors want to hear, but this sounds like the most amazing character, the perfect role, the perfect series." It was the most enjoyable call to get, and yeah, it's exactly that. He's been more than forthcoming with information and with debating back and forth and discussing back and forth on the character and who they are and why they are how they are.

So, yeah, it's been perfect in that way, but there is still a level of mystery. Every now and then I'll be on set, or one of the producers will be like, "Man, I can't wait until we get to XYZ in Episode 12." And I'll be like, "What? I'm doing what in Episode 12? Let's bring me in on what's happening in Episode 12. Let's get there." So yeah, as the show, it's a combination of showing you many amazing and alluring things and also hiding in a few behind the sheets and under hats. So yeah, it's good fun.

NORBERT LEO BUTZ:  Yeah, you're so right about that, Pip. That's one of the great joys of doing TV and doing an arc of a whole season. It's getting the little breadcrumbs along the way. It's great fun, because, as actors, we find out not long before the audience finds out. We're shooting episodes 109 and 110 right now. So, we're just finding out what's happening, and in a couple of months the rest of the country will find out what happens too.

So, I agree with what Pip said. I've worked with several TV creators, and Joel is, in terms of his openness and his collaborative ethos, it’s just extraordinary. We talk about everything. Similarly to Pip, we had a Skype meeting. God, to think that that was well over a year ago now is wild, what we've been through. But he came to me with the project, and I was a little hesitant. There wasn't a whole lot on the page. I only got the first episode, and my character just makes an appearance, really, and that was scary, to commit to a huge series with so little material. But like Pip said, I have found him to be so incredibly open and not at all precious with his own importance or anything. He's running the storyline, but I've called him several times and said, “Hey, can I get some clarity on this?" Or even more telling, I think, about him, I'd say, "Hey, Joel, can we think about cutting this part of the speech right here and adding this instead? I think I like this idea." He's like, "Oh, I hadn't thought about that." It's just this great conversation that continues, and it feels very open with him. There's no other agenda than just trying to get as clear as he can and make us as comfortable as he can. So, it's been really enjoyable. He's fantastic. 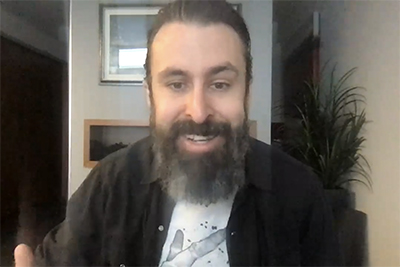 QUESTION:  So, obviously, [your characters] are going have a lot of impact on Finola and Bryan. Tell me a little bit about, Pip starting with you, how you impact them. They both have very different personalities, and so, in your interactions, are you more aggressive, or is it a warm relationship? Give us a little bit of a framing with the two leads.

SCROOBIUS PIP:  It's a really interesting one for my character, because much of his impact is kind of once removed. It's the mystery over his relationship with Finola's father, and what in the world is going on there? So, the one interaction I have with Finola, it has huge recurring impact, because she realizes that I know something that she doesn't. And she has an impact on me, which is debris-related. So, yeah, it's a fascinating one how in the first whole chunk of episodes, I have one interaction actually face-to-face with either of Finola or Bryan, and yet, I get to be an ever-looming presence on their lives. The mystery of who I am and what impact I am having that they don't know about is the constant looming impact there, which is a wonderful thing to get to have, to know that I just kind of get to be this - I'm rent free in their heads from episode one. It’s great.

So, Maddox, my character, although he would have served in special ops military, this is a guy who can put on camo and deal with really huge artillery and even hand to hand. He's not a wuss, but he really is a man of letters at first. My character would have come through academia probably, like IT or some sort of really difficult tech program and then been recruited through the military or the CIA, probably through his IT knowledge or his geopolitical knowledge, or something like that. I find that so interesting about the show. 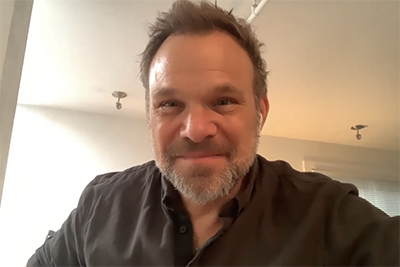 And in my reading about special ops and Secret Service and the CIA, these types of divisions, I just find them so fascinating, because the people who work - and what my character would have recognized in Jonathan's character and in Finola's character, is we think of the military as being tough guys with guns and weapons, and it's not. The military is filled with scientists, with linguists, with diplomatic people, and all of those skills are needed in this kind of work because of the geopolitical impact.

So, we're trying to deal with infiltrating China's debris division. We're trying to get into Europe's Secret Service division to see what they have on the debris, Russia’s, you know. So, I feel very protective of Bryan. There's an older brother type of thing.

Having said that, people who work in this line can also compartmentalize like nobody I've ever seen before. As I’m reading, there's a great book by Annie Jacobson called Capture [sic], Kill, Vanish, and, for me, it's been the real bible on trying to imagine what living in this world is like and what these people can do is compartmentalize. So, as much as I love Bryan, Jonathan's character, we have to just understand that in this world I could also tell somebody to put a bullet in the back of his head in five minutes and be able to sleep with that. So, it's a very interesting mindset, the way that they are able to divide parts of their head, and it's necessary for this type of work. So, it's a really interesting milieu to kind of explore.

SCROOBIUS PIP:  Can I just quickly add before we all vanish, I think it's really interesting, because we've both been told that we can give spoilers, but both of us are clearly holding off. I think the reason for that, is whilst obviously you guys can can hold any information back and release it at the right time, I genuinely think the craft with which the spoilers are revealed, I don't want to spoil it specifically for [the journalists], let alone not about when it can be held off. Because both of us have done that. Even though know we can, we're like, "I don't want to spoil anything. The reveal is too good."
Twitter
BotonSocial por: SocialEmpresa
Category: Interviews