Thursday, September 3rd, the new sci-fi series Raised by Wolves premieres on HBO Max. The series follows two androids who are created to raise human children on the virgin planet, Kepler 22-b. When a group of humans land on the planet to colonize, they threaten to tear the family apart due to religious differences.

Creator and executive producer Aaron Guzikowski recently talked to Jamie Ruby of SciFi Vision about the series, where the idea came from, special effects and more.

Be sure to check out the transcript following the video. 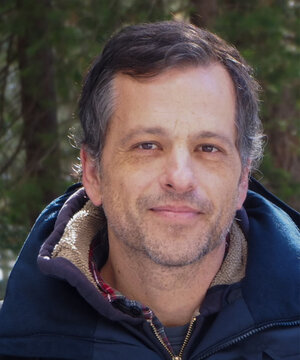 SCIFI VISION:  Can you just talk about kind of where the idea for the show came from?

AARON GUZIKOWSKI:   I think one of the places that it mainly came from is my experience as a parent. I have three young sons and thinking about the world that they're moving out into and the encroachment of technology and the distance between humans and the tech we create is just getting smaller and smaller and this kind of overlap happening. That and then this idea if we were able to kind of start over again and just hit the restart button on a new planet, but we knew all the bad stuff that happened on earth, good and bad, what would we decide to take with us in terms of philosophy, and what might we choose to try and leave behind? Whether or not that's even a choice we're able to make, or is some of this stuff kind of hardwired into us? You look back into history, and you just see these cycles. And, you know, are we kind of like androids in the sense that we're just kind of playing out these algorithms endlessly.

Can you talk a bit about the special effects? I mean, it seems like a lot of it's actually practical, which surprised me. I mean, it looks really great.

Yeah, a lot is practical, which I love, and I think Ridley (Scott) loves working with practical effects as much as he can. Obviously, you augment a lot of it with CG, but I think the more that you can actually build and have really there for the actors to interact with [is better]. 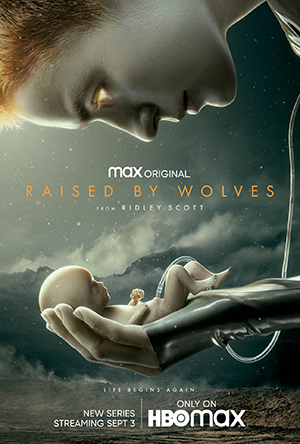 Also, I think at the end of the day, it looks better; it just has more weight to it. I think those two things combined in terms of the philosophy in the special effects, that was a big part of it, really trying to build stuff. We had a real settlement, real fields, and real mountains and all the other kinds of stuff. You really felt like you'd been transported to this new world.

Also just the look of it. I think in trying to build things in real space, the limitations of that can sometimes give birth to things that you wouldn't normally come up with if you just have like a blank page and a digital brush and you can make anything you want. A lot of times when you're forced to do it for real, you come up with stuff that looks a little bit more credible, a little bit more like, oh, that's real; that's not just something someone imagined and drew.

Do you foresee this going past this season? Like is it set to be a long series? Is it a miniseries?

It's definitely a story that is designed to continue on. So, here's to hoping.
Twitter
BotonSocial por: SocialEmpresa
Category: Interviews