SciFi Vision | Interviews | Exclusive: Cecilia Balagot on the Role of Clara in AMC’s Dispatches from Elsewhere

Exclusive: Cecilia Balagot on the Role of Clara in AMC’s Dispatches from Elsewhere

Last night, AMC aired the fifth episode of the anthology series, Dispatches from Elsewhere. Based on the documentary The Institute, which chronicles a real-life alternate reality game, the ten-episode series, created by Jason Segel, follows four lonely strangers as they meet and become entangled in what at first seems to be a game, but may be much more. As the new friends go farther down the rabbit hole, they search for a missing girl, Clara, played by Cecilia Balagot, who may be the key to unraveling the mystery.

Recently, actress Balagot talked to SciFi Vision in an exclusive interview about her work on the unique series. 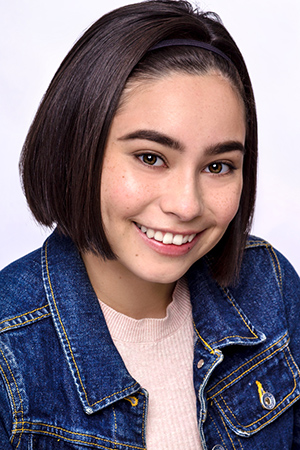 Can you talk about how you first became involved in the series? What most interested you in the role?

CECILIA BALAGOT: My agent sent the audition, and I sent in a tape. Then I got an email saying that Jason Segel had seen my tape and that he was going to call me to work on some notes. He called me and explained the series and how he saw Clara. I think that the way Clara sees the world really had me interested; a character that was a little more androgynous and street smart was a role that no one wanted me for, but it was all I wanted.

Is there anywhere other than the script you drew inspiration from when creating the character?

Absolutely. Clara's is sort of an underdog story, so we definitely drew from Rocky big time. Jason had told me to watch Léon: The Professional, and I’m a huge fan of Natalie Portman, so there was part of that there. And personally, I was going for Dorothy from The Wizard of Oz if she had grown up in the streets of Philly instead of Kansas.

Did you research anything to do with the game or documentary the show was based on?

I watched The Institute after being cast, and I have to be honest, it did bother me that there really was a missing girl story underneath everything. It’s hard to tell what’s real and what’s not in the documentary, but the Eva Lucien story really creeped me out. So, I would say, yes, I got pretty far down the Elsewhere internet rabbit hole. 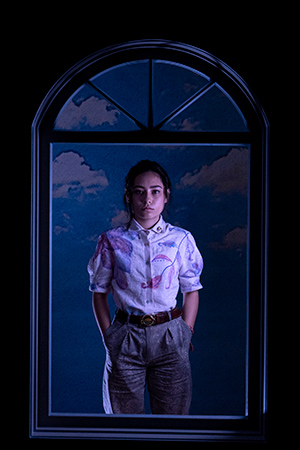 Did they tell you everything about the role right away or give you the script? The show is a hard one to explain, so I’m just curious how that discussion went.

Honestly, I had a director and Jason both explain to me what the show was about, and I still didn’t get it. It took up until the showrunner broke it down that I actually had a better understanding of the through-line in the show. But when I started reading the scripts from the beginning, it was like a book that I couldn't put down.

What was it like working on the role in the sense that the majority of your part in the episode was made of monologues? You didn’t really interact much with other characters. Did that make it more or less difficult?

I really enjoyed the monologues! You don't get the opportunity at my age to have the freedom that a monologue gives you to explore and define a character. At this point, Clara and the other characters don't meet in reality, so the separation didn't make it difficult; it helped inform my character.

The show multiple times asks us to imagine we are the characters. Which character do you think you are most like?

It would have to be a mix of Fredwynn (André Benjamin) and Simone (Eve Lindley). I act like Simone, but I think like Fredwynn. Simone's aesthetics are very much my style. Her outward confidence and assertiveness are close to how I feel in the world. Fredwynn in many ways is my inner monologue. He can be obsessive and overly analytical, which I can relate to. If you have ever thought, ‘Why won't anyone just listen to me? I know I'm right,’ then you're probably a Fredwynn too. 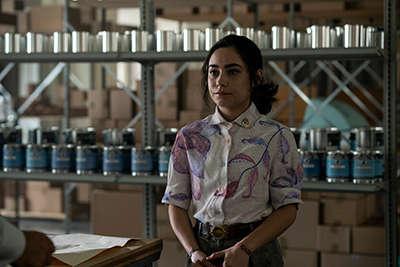 Clara and I are cut from the same cloth, young misunderstood artists who can't help but dream big. She thinks a lot about ethics, and I love ethics. Unlike Clara, I cannot paint. My little brother is the artist in the family. I asked for his advice on painting techniques during filming.

What was your favorite part about working on the series?

The stunt work was my absolute favorite. The first thing I told the showrunner was how excited I was to dangle upside down from a building. They hired a stuntwoman to do the scenes for me - she was amazing by the way, my hero, but I was very adamant in having them let me try getting dragged out the window, and they did, and I loved it. I had a semester of stage combat training, so I had some basics in my back pocket. When we got to the rope stuff, I was having the time of my life, minus a few burns! 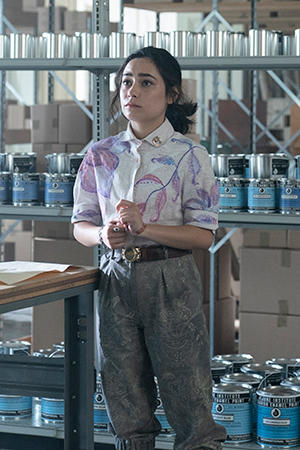 Yes, when we meet all my friends! The first time we meet Sanjay, Kimbra, and Mateo, and I’m speaking right to the camera. I kept calling it my Fight Club moment; it felt pretty epic. Sebastian [Paba], Venus [Schultheis], and Luca who play my friends all have their moments. It’s fantastic.

Can you tease about the future of your character and the role she plays in what’s going on?

[laughs] No. Let's just say there are a few surprises.

Any new projects coming up you want to promote?

You mean quarantine? If anyone wants to live stream my one-woman show titled "How to combat an existential crisis through lip-synching alone in your room," follow me @cecibalagot on Instagram.
Twitter
BotonSocial por: SocialEmpresa
Category: Interviews