Sam Littlefield is no stranger to TV. Having appeared in NCIS, CSI: NY, and The Messengers to name a few, Mr. Littlefield has tackled many roles. All this has led to what could be the penultimate opportunity: playing a villain alongside TV's first queer female superhero. With quite a burden to bear, Sam Littlefield plays a mysterious and admittedly shifty character called Mouse who first appears in the show's third episode “Down Down Down.” This member of Alice (Rachel Skarsten)'s Wonderland Gang may be the righthand man of the series' first major baddie, but does Mouse have plans of his own for Gotham City?

SciFi Vision had the opportunity to talk to Mr. Littlefield about his role in The CW's newest cape and cowl drama, Batwoman.

SCIFI VISION: What can you tell us about the character of Mouse and how do you prepare yourself for a role like this?


SAM LITTLEFIELD: Mouse is a very dynamic character that comes into the series a little bit later. He is a member of Wonderland Gang, and he works in conjunction with Alice, who is the sister of Kate Kane (Ruby Rose), our Batwoman.

I don't think anything can really prepare you for a role like this. This has been such an exciting whirlwind. It has been a really interesting collaboration with not only Caroline Dries, our show runner, who's come up with such an incredible character and back story, but even down to the specifics of working with the hair department and the makeup department and wardrobe in a way that I never really have before in order to build up this character that hasn't been part of the DC Universe and is being introduced specifically through Batwoman the series.

Did you have any creative input into the character of Mouse?

Yes, in a lot of ways; it's really kind of on the fly. They already have specific ideas. You know, I bear the responsibility of trying to bring it to life as well as I can, but we work with such a great team that absolutely is more than willing to listen to what I have to say, any ideas I might have. More than anything, it really is just trying to make sure that the audiences is surprised and satisfied with what we come up with. I just try to live up to what has already been designed and how I could lend myself to that, also throwing in my own twist to it.

In a recent interview, you alluded to perhaps being hand-selected for this role. What was it about you that caught casting's eye?

I don't really know. David Rapaport, our casting director, he is awesome. I've known David for several years now, and he's been bringing me in all the time. I just think that there’s something unique about Mouse that they saw in me. Basically, I tried to give whatever I could to try to bring this character to life.

Where will Mouse fit into the grand scheme of the first season? Is he true to Alice's cause, or does he have his own self-interests in mind?

I think that any villain in the DC Universe you could say that they are working for the grand scheme, but I think it’s safe to assume that he has his own specific agenda.

Could you elaborate on that more, or does that go into spoiler territory?

I think that might be in spoiler territory. I will say a lot of stuff you don't see coming, and he's a very exciting and very fun character.

The Bat Family is well known for having a diverse gallery of rogues. Who do you think will be showing up in Batwoman's near future?

I don't know. I leave that up to the writers specifically. Even Mouse is not in the original DC Universe and was created specifically for this show. Our writers are so creative and do such an incredible job with building the world that I just kind of leave it up to them. Every script we get is really so exciting. They are just so creative and beyond anything that I can imagine myself.

What have been some of your favorite experiences working alongside Ruby Rose and Rachel Skarsten?

Most of my scenes are with Rachel. We're kind of a duo in many ways. Entering this a little later than the rest of the original cast, Rachel just welcomed me with such open arms.

...Rachel is so bold, and she just makes such big choices, and it just inspired me to be as bold and as uninhibited as I possibly could. 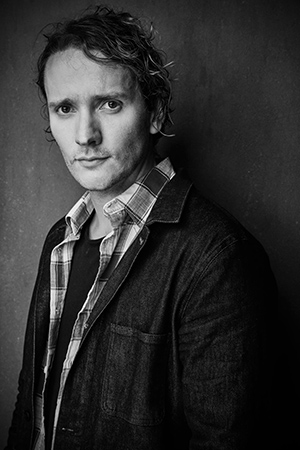 We had such an awesome time challenging each other in these scenes just to come up with the most exciting choices we possibly could.

Ruby's awesome. She's got an incredible responsibility on her shoulders just being the first queer superhero on television. You know, it's a big space to fill when you've got kids growing up who might be gay or questioning their sexuality and looking to somebody like Ruby to look up to and reflect back to themselves who they are. I think she's doing a great job.

The themes of struggle, acceptance, forgiveness, and family are common within Batwoman. Which of those speaks to you the most on a personal level?

I would say all of them. I think they’re so universal, acceptance, forgiveness, and family. I mean, isn't that our entire lives? Our entire world [laughs] coming to that space of accepting and forgiving our family and all of that?

I think that they do such a beautiful job in the show of really trying to explore those things with a delicate hand. I would say that I relate to all of them in one way or another at a specific point in my life. In this show, I try the best I can to reflect those as well, in the most heartfelt way that I can.

Has there been anything that you’ve filmed so far that has kind of touched you on an emotional level, where you were kind of taken aback by the material?

Within the story or the filming?

Just coming on such a huge show - I mean, the production is just so immense. We film both in Vancouver and Chicago. I was just kind of thrust into it, but the way that the cast has just welcomed me with such open arms, such a generosity of spirit, and, you know, just being a great hand to hold, really from everyone, has given me just so much more confidence and an ability to play within this world in a way that I don't think I would have been able to had they not been so generous of spirit in the beginning.

But in regard to the show, I think what's really cool about it is the relationship between Alice and Kate and their father. Every family isn't - it's just not so simple. There're so many perspectives and stories coming from every single member of a family, and to have them come together and the scene conflict unfold in the way that does, how there can be multiple truths within one story and trying to break them down and understand it from everybody's perspective. But I think this show seems to do pretty well, and I've enjoyed watching that and experiencing that.

For those uninitiated in the Arrowverse and the multiple series that are involved with it, how would you sell someone on this show?

I guess I would go back to the fact that we're making television history in that we have a queer superhero or protagonist as it were. I think that's something that's at least worth checking out and experiencing, as it has never been done before.

...There’s nothing else to really base this on; Ruby is the first to do anything like this. Nobody’s ever experienced it before. Nobody’s ever seen it, and when you think about kids growing up and seeing this for the first time, it's big. 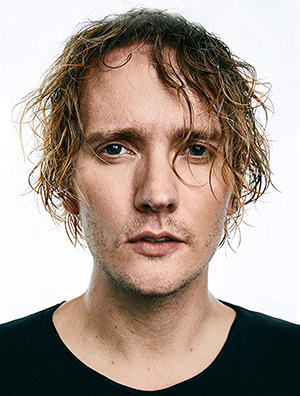 It's no secret that Batwoman touches on a number of sociopolitical issues. Do you believe the show handling those issues well so far?

Definitely. Our writers have executed this with a delicate hand. I look forward to seeing how they express it further. I'm sure they've got some tricks up their sleeves that they're waiting to share later, but they do bear some responsibility to execute this in a way that is kind of sensitive. I think they've done a good job, for sure.

What made you want to get into show business?

I really love stories more than anything. Everybody always asks me, “What kind of character would you like to play?” and that really has never done much for me. I really love the power of stories and what stories can do in changing our perspective of life. The idea of playing a character within a story to help further tell that story in a more specific way is what really excites me. That’s always been a big thing for me.

When I was a kid, my grandmother had a debilitating stammer, but she was an opera singer. She really got me into this by reading me poetry and showing me old musicals on television and things like that. That’s what really kind of got me going and made me realize this was something worth doing, because it is a way of telling universal stories that people can relate to and can adjust their thinking to make a broader scope of what the world is capable of.

If you had advice for those who are chasing the Hollywood dream, what would it be?

Stay true. There are so many influences that can get you off of your own path and what you’re supposed to be doing and how you’re supposed to hold your space in this world. I think staying true to yourself and to the reasons you got to it in the first place are going to be your North Star.
Twitter
BotonSocial por: SocialEmpresa
Category: Interviews