In the season one finale of Deadly Class, while Lin (Benedict Wong) tries to protect his daughter, the students plan and carry out their attack on Chester (Tom Stevens). A huge battle takes place, and not everything goes as planned.


Jack Gillett, who plays Lex in the Syfy series, recently talked to SciFi Vision in an exclusive interview about his work on the show, his friendship with Petra (Taylor Hickson) and Billy (Liam James), and more.
***Interview contains spoilers for the season finale, 1.10***


SCIFI VISION: Did you read the comics, either before or after you got your role? 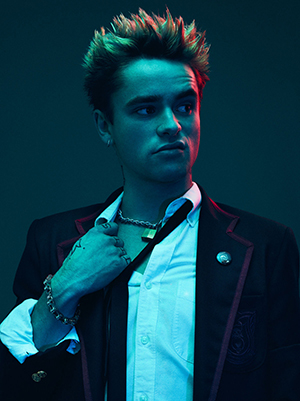 JACK GILLETT: I read the comics when I found out I got the audition. As soon as my agent sent the script over and I got the audition, I immediately read up until Lex’s demise [laughs] and now I’ve been reading after that.

So, you enjoy the comics, then?

Oh, I love them. They’re amazing.

Can you talk about your audition?

So, I live in Vancouver. I auditioned up here in Vancouver. We had a first round where I read for Lex, and I got a callback, very luckily, and they asked me to read for Billy as well. But obviously I was more of a Lex. I can’t do Billy like Liam does; he’s perfect. So that was a director/producer session.

Other than the comics and the script, is there anywhere else you took inspiration from when creating him? Like another character or something that made you think of him?

Can you talk then about creating the character physically? The look, the hair, everything?

For me, I love the physicality of characters.  I’m very much a physical-centric actor; I feel the outside informs the inside. So, it was fun to find Lex’s body and how he walks and how he sits and how he rests.

Then, of course, as soon as I did my first costume fitting and got into the tattoos and the makeup and the hair especially, the hair definitely keys me into Lex. As soon as I get that in, it’s immediately like, “Ah, there he is.” And then his boots as well; as soon as I put on the boots - because he never ties up his laces on his boots, so that really changed the way I walked and just made him come to life.

All the characters have dark pasts and the show can get very dark. Is that hard, stepping into that? How do you connect with that part of the character and show? 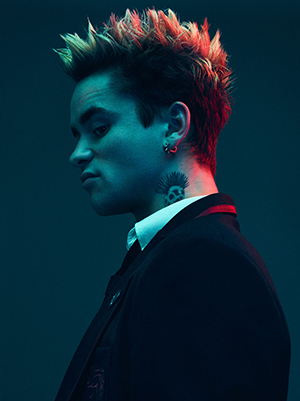 It is a very dark world that these characters live in, but the atmosphere on set and the connection that all of the cast have with each other, it never feels dark, because they are all such lovely people. And we all have a good laugh and keep everything positive on set, so we don’t get engrossed in the negativity of the world.

What part of you is most like Lex and most different from him? How in that sense how do you connect?

Can you talk about his friendships and the love triangle between him and Petra and Billy?

Billy and Lex are like brothers, sort of bickering brothers, that both have a thing for Petra.  Billy is the nice one and Lex is the rather nasty one.  I think if Petra was going to go for anyone to treat her well, it would be Billy. But it’s a fun dynamic.

Petra, for Lex, the reason I think Lex likes Petra the way he does, is that they get along. They share a lot of the same ideologies and opinions, and he just feels like he can be himself around her without judgement. She sort of frees him a bit.

Can you talk about filming that scene a couple of episodes ago when the three of them were locked in a room together?

Yeah. Was it awkward? Can you just talk about filming it, logistically, things like that?

Oh no, there was no awkwardness whatsoever. It was a lot of fun; it was possibly one of my favorite moments on set. It was a hilarious day filming that.

Liam, Taylor and I were just sort of all hanging out in our underwear on set, having a laugh. It was a lot of fun.

And then of course getting to explore Lex’s sensitive side in his backstory and letting a lot of his guards come down and sort of focus on who he really is on the inside was quite a cathartic experience.

It sounds like a crazy experience too. I know Liam said he was running around in his underwear, yelling. I can’t remember exactly what he said but - [laughs]

[laughs] He definitely was.

You said that’s one of your favorites. Not necessarily even a scene, but what just has been a crazy moment that’s stuck out for you? 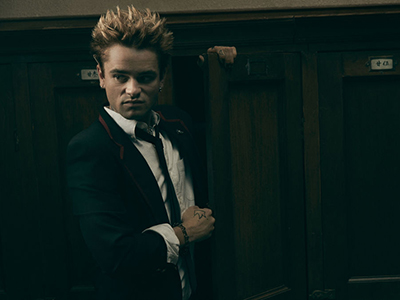 Do you guys ever improvise your lines or is it very much sticking to the script?

I’ve put a couple of improvised lines in there throughout the season. I mean, Rick [Remender]’s words are amazing, and Miles [Orion Feldsott] and the team of writers have done a fantastic job with the script. It makes it so easy for us actors to have an amazing script like that, because the character jumps straight off the page. But also, all of us together as a cast have put our little spin on the characters, and they’ve been very welcoming to our own artistic influence in the characters as well.

I think my favorite improvised line was in the last episode where Marcus (Benjamin Wadsworth) pooed himself. I chaperone all the children out of the comic book store and tell them all to “suck a dick you munchkins.” That was something I just added in on the day. [laughs]

[laughs] That scene was so gross, but also so funny. It was hard not to laugh at that scene.


So, do you have a favorite line that the writers wrote?
A lot of the stuff in the house party where I’m having a go at Dwight Shandy was very fun. All of the words have been fantastic; it’s just such a quality script and so much fun to play.

You said you just got out of drama school and this is your first show. What have you learned about yourself an actor and just as yourself from this experience that you’ll take with you?

Keep yourself busy in your downtime. Try not to go mad when you’re not doing anything. Coming from drama school where it was full on every day, even weekends you’ve got something going on, either rehearsals or [prepping] for something, and then you fly out into the real world, and it’s up to you to keep yourself busy and stop yourself from going insane. So that’s been a learning curve since then. [laughs]

So, what have you done to keep yourself busy? 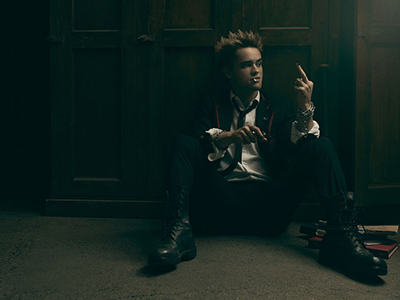 I live in Vancouver, so it’s fantastic; here you can get out into nature and ski in the winter and mountain bike in the summer and go down and swim in the ocean. I love being outside; I love being outdoors.

What kind of music you listen to and did you have a playlist for Lex? What would be his playlist?

Oh yeah. I had a playlist for Lex on Spotify putting all his favorite punk songs on there.  I remember in one of the issues of the comic, I can’t remember what it was, but in the back, they had a list of the characters and their four favorite songs, which was an amazing bit of information to have. So, I listened to those four songs a lot, and then as I explored punk music of the UK in that era, the ones that resonated I added to the playlist.

But with regards to the music that I listen to, I just like anything that I can dance to. I’m in a bit of a funk mood at the moment.

Since you haven’t done a lot of roles yet, what is your dream role?

Oh, Lex has been a dream; I never thought I’d land something like that straightaway, but he’s been so fantastic.

I think moving on now, [as] a dream role? Something in an action movie, I think. Something that involves a lot of explosions and car chases; I think that would be a lot of fun. Also, if I could do a bit of sword fighting in something, that would be amazing. I love to sword fight.

Yes, that was part of what we did in drama school. I did about four years of it.

Before you go, can you talk about filming his death scene? It was quick but it looked like you had a bit of special effects.

That was cool to film that with the squibs. Unfortunately, they wouldn’t let me have the squib on, so that was a stunt double, but I got to do the fall going back, which was on bit of a hill, so I slid down there. Of course, it was not the happiest moment for me on set, but it was a necessary part of the narrative. 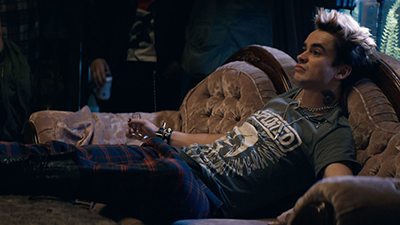 It was a cool death scene even if it was fast was unexpected, at least to me.

And also a little different from the comics as well.

Can you describe Lex in three words?