Wednesday Syfy airs an all-new episode of it’s series, Deadly Class, based on the comic book series by Rick Remender and Wesley Craig. In the episode, the students make their way to Shabnam (Isaiah Lehtinen)’s house to confront Chester (Tom Stevens).

Luke Tennie, who stars as Willie on the series, recently talked to SciFi Vision in an exclusive interview about his work on the show and what’s next for his character.

SCIFI VISION: Had you heard about the Deadly Class comic series before joining the show? 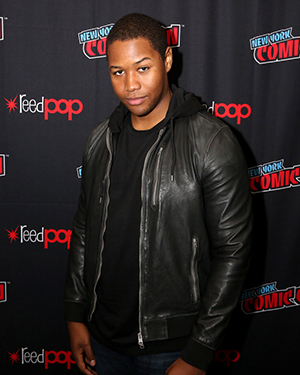 LUKE TENNIE: I never heard about Deadly Class. I did not know what Deadly Class was. When the audition came through, I thought it was just a TV show, but when I got called back, they let me know that it was a comic series being adapted for the screen.

Then I got to read the pilot, so I learned the script was good, which was my main concern. I was like “Wow, that’s exciting, an audition with a good script.” So, I had a great time going in for that audition. But no, I hadn’t heard about it before, but I’m hearing about it now.

Have you read any of the comics since then?

Oh yes, I’ve read those five times.  I love these books. Also, they’re good. Like, not just, “Well, it’s my job and I should probably read the comics,” good. I had a good time reading it. I read it a lot, and I read it several times, because I wanted to be good in the show, but also they’re good books.

Other than the script and the books, is there anywhere else that you took inspiration from when creating Willie?

Absolutely. The first thing that I had ever been introduced to from Deadly Class was the scene in the pilot where Willie and Marcus (Benjamin Wadsworth) are doing their lab assignment. I looked at that scene, and I was like, “Yo, this is Training Day!” I love that film, so I’d be lying if I said I didn’t take a thing or two out of that book from Alonzo (played by Denzel Washington), because the front that Willie puts up is very similar to him. Who he is, is actually just a normal kid, but that whole mask, that front, the facade is very reminiscent of Alonzo from Training Day. So yeah, that’s where I got a lot of my inspiration for Willie from.

All these characters have dark pasts, and the show can get pretty dark. How do you connect to that part of the character and the show?

That’s a good question. To me, connection isn’t necessarily the most important thing, to look at the character you’re playing and go, “Hmm, well I would do this, which is similar.” To me what’s a bit more important is understanding, to just have a good basic comprehension of what happened and how much that sucks. So, instead of trying to empathize, I end up just getting all the ducks in a row, understanding what took place, what would have happened after the trauma, what it’s like going through the trauma, what it’s like coming out of the trauma, and what it’s like dealing with past trauma, all of that kind of thing, rather than trying to understand by using something from my past. 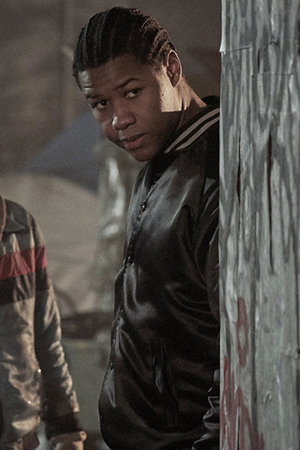 I always lived a very blessed life. That doesn’t mean money, but I had a great family. My goodness, my family growing up was like The Cosby Show; it was awesome. And that’s not what Willie had, so that didn’t really resonate with me, his suffering, so I just needed to make sure I comprehended it.

I think that this particular young man has an issue, because he’s got a moral code, but at the same time he’s completely dishonest. That is a tough thing for me to get a hang of as a performer, but at the same time, so long as you pay attention to what’s happening, it works. You trust the writers, and you trust your teammates, but for me, Luke, honestly, it’s very important. That to me is where my morals lie.

But at the same time, if somebody punches me in the face, I’m not going to be Mahatma Gandhi. I’m definitely going to defend myself; I’m going at it. That’s how I think, whereas Willie, he doesn’t want to participate in violence at all, yet he is willing to lie all the time to not do it, and it’s fascinating to me.

What I think it sets up with Gabrielle, is Gabrielle is somebody who is like me, Luke. She values honesty; she likes to tell the truth. It’s important what’s real, what’s logical. And I think for Willie, what he’s faced with is his façade and maintaining that. So, he didn’t tell her about Kings Dominion, and he’s pretty secretive about her when it comes to his friends at Kings Dominion; nobody is getting the full story. The only one who has it is Willie, yet he’s the one who has to deal with maintaining all these lies, while some people get the truth. And what I think, is it’s going to come to a head and explode some time. But it is really nice for him to have someone to be himself with. That’s pretty beautiful, actually. 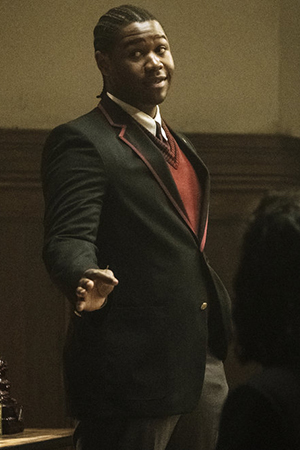 I was going to ask you what you think is going to happen. Does she find anything out? Is there anything about their relationship coming up that you can tease?

I will say that the truth does come out eventually in this entire show all the time, that’s a trend. However, not everyone gets the truth. So whether or not she’ll be a person to receive a truth when it comes out, I don’t know, I genuinely don’t. But I do know that the truth comes out. It came out about Willie to Saya (Lana Condor), Billy (Liam James), and Maria (María Gabriela de Faría), just like it came out with Marcus in the pilot. So, I think that it’s about confining who receives the truth, and that’s what’s tough right now at Kings Dominion.

I know he didn’t like lying about what had happened to Chico (Michel Duval) and wants to stay out of it. But he also has obviously been lied to and didn’t know what the plan was when they were headed to Vegas.

Right, he says, “You brought me to Vegas under false pretenses. You told me we were having a road trip; I was there for fun. You and Billy went there to kill someone!”

And it had been a month since then when we picked up in episode six. So, for Willie to come to this conclusion after a month and be like, “Oh, Marcus is my boy; he’s got me; we trust each other. He knows about Rory (Ryan Robbins). We’re doing this thing together; we got secrets, but we’re keeping them under wraps. This is our relationship; he’s my brother. I don’t like him all the time, but that’s what it is,” and to find out that they went to go kill somebody? I’m pretty sure that he was upset about it.

Can you talk about how things are going to be with the fallout of everything? Because at the end of the recent episode, Lin (Benedict Wong) has told the school - I assume he’s told the school; he told Chico’s father (David Zayas) - but they are telling everyone that Yukio (Sam Jin Coates) is the one who killed Chico, so they are not going to be continually questioning them about all of it now. Can you tell how that is going to affect things moving forward, now that that secret’s taken care of, and they don’t have to hide anymore? 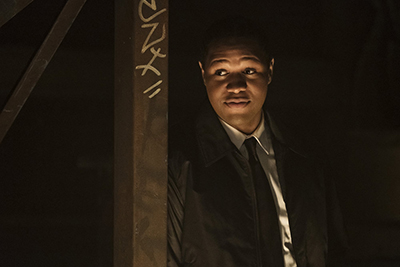 Well, the way I see it, there are all these holes at this institution. Any time someone is removed, there’s a gap, and physics say that equilibrium must be attained, so something moves in to fill that gap. And we saw that once we lost Chico, there was a Viktor (Sean Depner) sized hole. So, we see a new head honcho starting to look a lot like Viktor, and that’s how things have shifted. So, every time something takes place, things have to adjust.

We just saw Maria do some dark, dark stuff, and now another student has been lost at this institution. Things have to readjust again, and when they do, cataclysm, definitely, it follows. Every time someone is removed from the equation, the equation has to balance itself out, and the balancing process, it does get ugly.

So, I think what’s coming next is - to be honest, it’s typical. I don’t really think our show has twists. I don’t think it has turns and, “Oh, I didn’t see that coming.” It’s pretty straightforward, and that’s what’s exciting about it. People are looking for twists, but no, it’s exactly what you thought was going to happen. So, I’m excited for that.

A lot of crazy things have happened on the show. What was your favorite moment? Not necessarily a scene, but in the sense of filming it?

I did love shooting episode five. The late nights, the cold nights, the whole acid trip, that was just fun. I love my job, and I think I’m very blessed to be able to do it, but there are moments when it becomes a job. We need to come in and make sure that we can get these shots, because if we don’t, we don’t get to tell our awesome story.  But something that I didn’t sign up to do this job for, was having fun, and I did not expect to have as much fun as I did. 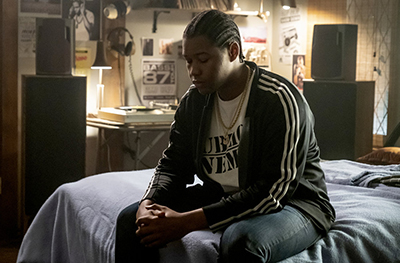 And I can’t even really give you a specific moment; it’s just being around the cast. They’re good people. We like each other, so when we’re on screen and you see us fighting, that’s when we’re acting.  If we’re acting like we like each other, then we’re not acting. We really do! So, any environment where it’s a lot of us on set, I love it, because I really enjoy spending time with the cast.

Can you describe Willie in three words?

Willie is loyal; Willie is inconsistent, and Willie’s a friend. He’s all three of those things.
Twitter
BotonSocial por: SocialEmpresa
Category: Interviews