Julie Ann Emery, most notably known for her role on Better Call Saul as Betsy Kettleman, can currently be seen playing Lara Featherstone on AMC’s Preacher, which is currently in its third season. The actress recently talked to SciFi Vision in an exclusive interview about her work on the show.

Emery talked about her familiarity with Preacher before landing the role. She was a fan of season one of the show before getting the role, but had not read the comic. After landing the role of Featherstone, she became intrigued, which prompted her to read the comic. She likes to bring as much as she can to a role. She may have started reading for research into her character, but quickly got pulled in.

The actress’s process of bringing a known character to life from a different medium onto the screen, as opposed to an original character like Betsy Kettleman on Better Call Saul, was a bit different. Betsy was only known from reading the script, so she was able to shape her. With a character like Featherstone, she tries to bring as much from the comic to Lara as she can, and has done a lot of research into the character.

In Preacher, Featherstone may have been playing Tulip (Ruth Negga), as she was spying on her, but she seemed to genuinely like her. Emery said that she doesn’t think, however, that she had any regrets shooting her. Featherstone is such a true believer that anything done for the cause is always the right thing to do. She stated that Featherstone and Tulip will have a very interesting relationship this season. 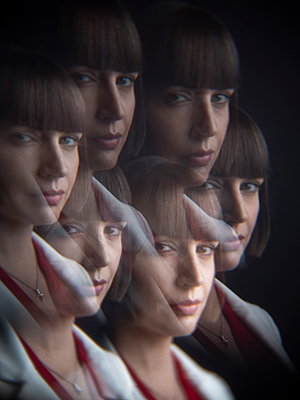 When asked what in particular she was excited about for the current season, the actress said that fans of the comic will be very happy. There are a lot of comic elements in season three, as well as a lot more humor, considering it’s such a dark show.

She also mentioned that looking to the future, she hopes they get to see more of The Saint of Killers and learn more about him.

Emery agreed that it was an interesting idea that season one was actually a prequel to where the comic started. It was a brilliant choice so that they could build a base for these characters unlike the nonstop action in the comics. She is excited to see what the creators have in store for them next.
Twitter
BotonSocial por: SocialEmpresa
Category: Interviews