Exclusive: 12 Monkey's Amanda Schull on the Red Forest and the Potential of Losing Cole

In one of tonight’s episodes of 12 Monkeys, entitled “After,” Cassie, played by Amanda Schull, almost loses Cole (Aaron Stanford) at the hands of Missionary Zalmon Shaw (Christopher Lloyd), and starts to question if they are still on the right path.

Schull recently talked to SciFi Vision about how the event affected Cassie and her possible change of view, as well as working alongside Christopher Lloyd. 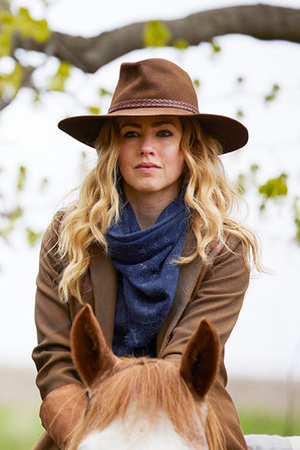 In 4.05, Cassie makes a comment that they can save the world, or they can save each other, but they can’t do both. We know their ultimate goal is to rewrite history and stop the events that have happened before they start. While they strive for this, there is always the idea hanging over their heads that if they are successful, everything will be reset, and they may never have even met. Can you talk about her struggling with that? Because even when she talks to Shaw at the end of the episode, she doesn’t necessarily dismiss the idea right away about the red forest. So, can you talk about struggling with the idea of wanting to go forward, but also not, in the sense that she may lose everything?

That’s a battle she has right through to the end of the entire series, and you’ll see that absolutely play out for her. I don’t want to spoil too much more about that, but Cole from the very beginning was resigned to the idea that he will not have existed if he completes his mission, and a lot of that is because he feels like he needs to atone for things that he did.

Cassie, on the other hand, doesn’t have that same sense of responsibility. She didn’t take this mission on knowing that her life was going to be erased. She also didn’t anticipate meeting the love of her life and having a child. 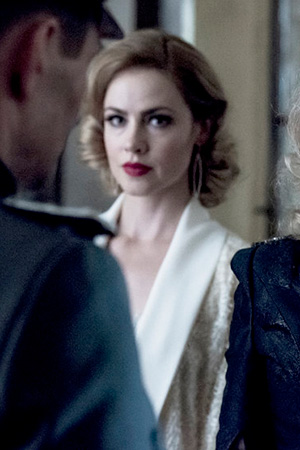 But then she also knows what it’s like to live basically in a hell on earth. And if everyone can live in their happiest moments, why wouldn’t she give that to them? I mean, the whole concept of maybe being able to stop the world from this plague or maybe not is very concerning, but if everyone can live in their happiest moments the way that Shaw describes it, if everyone can experience the love and the content and the peace that she did when she was in the house of cedar and pine, what’s wrong with that?

You sound like maybe she’s going to start going in a completely different direction. Can you tease about the rest of the season and how that will affect her judgment?

I probably shouldn’t tease too much, just about the conversation that she has with Shaw in the hallway and the circumstances that are happening around her when she has that conversation, witnessing the love of her life dying in her arms and knowing that pain. If millions of other people, billions of other people could experience that pain and potentially just live in misery, or if the Red Forrest means what Shaw says it means, and people don’t have to experience that pain, people can live just in the culmination of every single beautiful moment, why wouldn’t she grant that to them? And that’s something that he asks her: “Why are you fighting this when what we’re doing is so beautiful?” and it really makes an impact on her.

Can you talk about working with Christopher Lloyd? 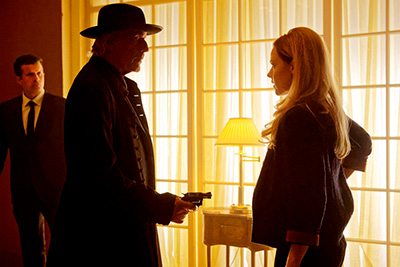 Oh, that was a real treat. I got to work with him in season three - I can’t remember the episode number; I think it’s six - and that was great, and then when I got to work with him for episode 4.05, he in both of those episodes - though in season three it was edited down significantly, but he was given very substantial monologues. I mean, like more than a page of dense text. And he delivered them word perfect every single take.

**Be sure to check out part one of this interview to hear more from Amanda Schull!**
Twitter
BotonSocial por: SocialEmpresa
Category: Interviews