Tonight Syfy premieres the second installment of it's horror anthology series, Channel Zero: No-End House. The six-episode season was inspired by the "creepypasta," or Internet-born story, by Brian Russell.

The story follows college student Margot Sleator (Amy Forsyth), who visits a haunted house where each room is filled with horrors more disturbing than the one before. Upon returning home, she discovers that everything has changed.

In preparation for the premiere, creator and executive producer Nick Antosca recently talked to SciFi Vision about the second season, what makes it scary, the striking visuals, and more. 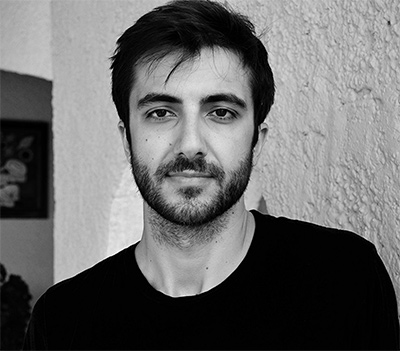 What was it about this specific creepypasta that you were drawn to?

For me, what was so appealing about Brian Russell's story wasn't the interior of the house itself. I mean, that's great, but the really scary thing is the idea that when you leave the house and think you're safe, back in your neighborhood and in your home, then you start to suspect that what you perceive to be reality is not reality; it's in fact the last room of the house. That lends itself to a kind of existential horror that is scarier to me than any monster or jump scare, and it's something that I really wanted to explore on TV.

...I thought that that twist in Brian's story was what made it a perfect candidate for Channel Zero, because there's a brilliant core concept to the story, and then there's a beautiful "what if" that we could expand on.

Can you talk about the choices in the structure of the season? In the original creepypasta there were nine rooms, but you made six rooms instead. Was there a specific reason, or was it just due to time constraints?

It was because we felt like we wouldn't want to spend too long inside the house structure, and spending time in nine rooms, it just felt too long. It felt like on screen it would start to get repetitive, and you wouldn't have time to properly explore each room.

Can you talk about creating the original storyline? I mean, obviously the idea of the house was there, but the narrative and characters are all new.

I liked the idea that the house was an organism that could dig into your head and find what makes you most vulnerable, so that the deeper you get inside the house, the deeper the house goes inside you. 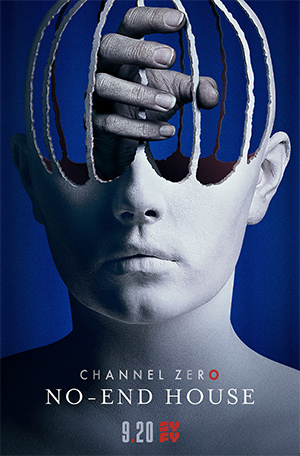 Considering the contents of the rooms were vastly different from the original story, I was curious what inspired the look of them?

In keeping with the idea that the house is drawing directly from what's inside your head, we had to create rooms that were specific to Margot, so each room is more personal than the last. That's also why the house separates people after room two.

So, when we sat down to design the rooms, it was really a collaboration between me, the director, Steven Piet, and an artist named Sarah Sitkin, who we brought in to help design what was going to be in the rooms.

Sarah's a sculptor out of L.A., who I'm a big fan of. She does these kind of open skull sculptures, and I wanted her to do a version of those for room one, where the house is kind of telling you, "Okay, if you go any deeper, this is what's going to happen to you."

She also helped us design the father (John Carroll)'s swollen face and some of the other things that we see inside the house.

And Steven had some great ideas for the triangle room and also room two, which he did in those beautiful oners.

So, we just wanted to make them character specific and visually striking.

You blocked the season all together. What are the advantages to doing that?

The biggest advantage of that, is that you can have one director shoot the entire thing like a film. In this case, obviously, it was Steven Piet, who has a really strong cinematic sensibility and a really confident kinetic vision, and at the same time he is most focused on character and emotion. It's really tough to find a director who is great visually and is also focused on character and psychology.

And I want every season of Channel Zero to be a showcase for an exciting emerging director and a kind of incubator of great genre talents. The fact that we block shoot the seasons as basically long films allows us to do that.

Is there anything about the next two seasons that you can tease about? 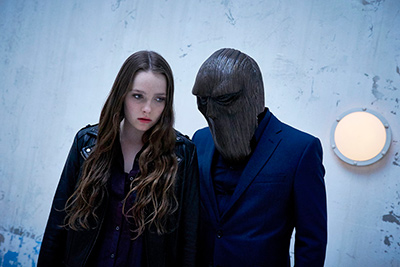 We've shot the third installment; we're in post on it now. We're writing the fourth installment.

Also the third installment, the title which has yet to be officially announced, will be much more in the Argento Giallo style. It has elements of Candyman and Don't Look Now as well.

Be sure to check out Channel Zero: No-End House on Wednesdays, starting tonight on Syfy.

Also, be sure to check back next week to read a bit about what the creator had to say about the visuals of episode two.
Twitter
BotonSocial por: SocialEmpresa
Category: Interviews