Tonight on an all-new episode of Shadowhunters, entitled "You Are Not Your Own," warlock Magnus Bane, played by Harry Shum Jr., and Valentine Morgenstern (Alan Van Sprang) switch bodies, because of something greater demon Azazel (Brett Donahue) has done, which causes more problems for the Shadowhunters and their friends.

SCIFI VISION: What was your reaction when you first found out the body swap that was going to happen? 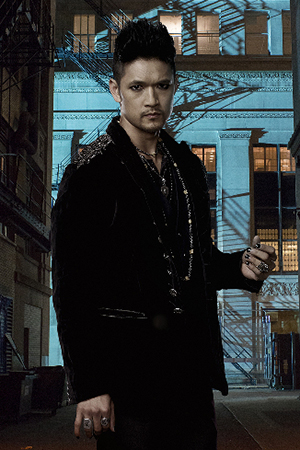 HARRY SHUM JR.: I was like. "Oh yeah, I get to be Valentine! I get to be the evil guy!" [laughs] It was fun, just hearing the news. To me, you couldn’t think of a more polar opposite character from the one I'd been playing.

And outside of just playing it and digging into it, what I was most excited about was watching Alan, because I think he’s an incredible actor, and being able to see him portray Magnus was really exciting.

So outside of putting the work in and making sure that I could do Valentine justice in Magnus’s body, I was really looking forward to seeing him play Magnus.

Can you talk about your process of preparing for the swap? And also, in doing so, did you two work together; did you copy each other's mannerisms?

No, there wasn’t much copying. I don’t know what his full process was, but I watched a lot of tapes, and really took on his mannerisms, you know, just worked on getting the essence of Valentine and seeing how he kind of compartmentalizes, how he talks to certain people, and how you can see him always thinking, “How can I get this person to do what I want them to do?”

And that was the most interesting thing I took away from it, outside of those little nuances like facial expressions and movements. It was more of how he’s always figuring out how he can get what he wants, in kind of a way where it’s almost salacious, but also really, for me, trying to play that, you’re seeing these people that I’ve been used to playing a certain way, particularly like Alec. And now I have to completely manipulate him and get him to think that I’m Magnus, the person that he loves, but also Valentine, not knowing Magnus, and not realizing that he’s in a relationship with a Shadowhunter, [laughs] and not knowing that he’s bisexual. All these things that are literally revealed to him were really fun. 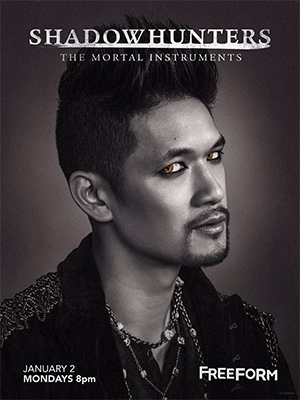 We did talk about some things; when I talked to Alan one time, we talked with the director, who was making sure that we talked about things that we wanted to avoid overall as playing the typical way of what we’ve seen be played on body swaps. We wanted to get into the heart of it and be honest. What would it be like if someone invaded your body for a certain period of time and was ruining all your relationships in a certain way? And also ruining them when they switched back?

Was there anything else you did to get into his mindset, like listen to different music or anything different from what you normally do for Magnus?

I did play a lot of classical music, which was somewhat weird, but there’s this calming essence that Alan brings when he’s playing Valentine. He is always two steps ahead; there’s a sense when you think he’s panicking, but he really isn’t. He knows what he’s about to do.

But also stripping that away, I looked at it as a sense of, this is actually the most he’s really panicked, being trapped in someone else’s body. He’s dealt with near death experiences, but being trapped in a warlock’s body is probably worse than that. [laughs] For him, it’s really about fulfilling his agenda, which this kind of impedes him with.

So the preparation really was getting into that mind state, and it's really stripping that away, stripping away Magnus. To me that became easier, and then when I was figuring out his body movements and him moving very purposefully, I think I had to reregister what the reason was for me to move from point A to point B. And to me it was a lot of physicality, because I started to understand the emotion and what his intention was in every scene. 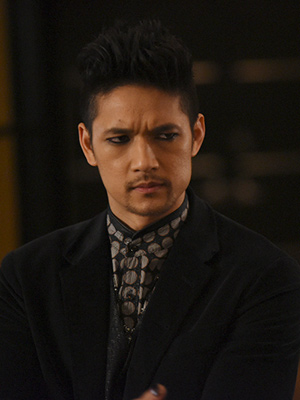 Switching gears to the rest of the season, is there anything you can tease about what we will see with Magnus and Alec’s relationship this season?

I’m probably going to say something that fans absolutely don’t want to hear, which is, "trouble in paradise." Justifying that to some degree, is when you have a traumatic experience like Magnus is going to go through, and also outside of Magnus what he’s going through, which is first of all, a near death experience, and also a traumatic experience, and also outside of that, are surfacing memories that he’s been avoiding all his life.

I think it’s going to be really difficult to navigate through that, and being Magnus, he’s in a very vulnerable and also fragile state. It’s really going to be a difficult situation, but they’re strong characters, and I think, as hopefully the fans hope, they’ll pull through.

Yes...but it will be in a different form. I think that’s all I’ll say about that: it will be in a different form that we’ll see that. But yeah, how can you not? He’s had so many past friendships and relationships. You’ll see a lot of them surface, and I think a lot the fans will be excited, especially if they know the characters that he has associated himself with; they’ll be really excited to see them come out.

Are we going to learn more about Magnus's connection with Azazel? 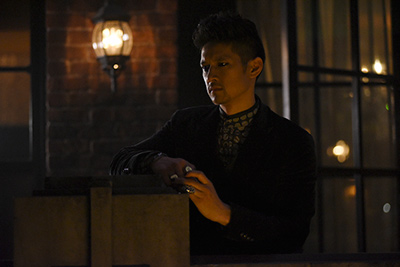 He is from a greater demon. He has lineage of a greater demon; so he is part of that world. I know the writers talked about wanting to really explore that, which will play into his traumatic experience. So I can’t say too much of how that happens, but yes, we definitely explore that.

Lastly, can you talk about his wardrobe and working with the costume department to create his style?

He’s very regal, like not necessarily regal, but you have this mixture of a gentleman, eccentric, also very proper, and you have a little bit of goth built into it.

And I get to put some influence in, but we have an amazing wardrobe team that brings in some really beautiful pieces that I myself don’t even know about. So I credit them with really bringing the look of Magnus, and I’m kind of just nodding my head like 'this feels good' or 'this doesn’t.' 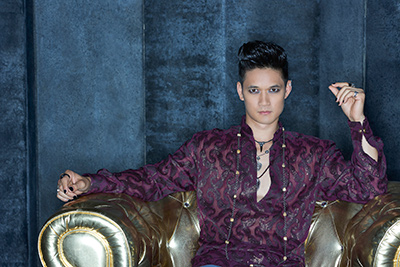 And sometimes we add on layers, which is great, that they create on top of that. They bring in the wardrobe, but also we get to add on a whole bunch of accessories. And also sometimes they alter the jacket completely, like they make it longer.

So it’s a really fun process, but very long. I would say it takes a whole lot of my time [laughs], but it’s worth it at the end of the day, because we get to come up with some really cool pieces for the character.
Twitter
BotonSocial por: SocialEmpresa
Category: Interviews