On April 1st, GSN will start to air an all-new second season of their popular game show, Idiotest. Recently host and comedian Ben Gleib, talked to (and often joked with) Jamie Ruby of SciFi Vision in an exclusive interview about his work on the show and the new season.

The host first talked about how he became involved with Idiotest. "I had done a few things for GSN over the years, and they said they were looking for a show for me. I didn't believe it but it turns out to be true. If I didn't believe it at this point I would just be very stubborn, because I totally have a show on their network."

Gleib thinks the uniqueness of the show has helped it to become popular. "It's a very different kind of game show than I think people are used to seeing. We just don't test trivia. We test your brain and how well it works on tests that everyone should know the answers to, so it's an interesting experiment.

"And we mix that with a lot of comedy, so even if you didn't get the question right you'll hopefully be laughing a few seconds later. Plus it's very fun to play along with at home, from what I'm told." 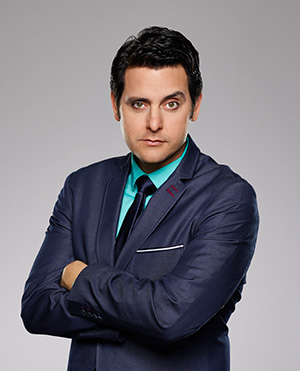 The comedian has been surprised by that popularity. "How many people watch and love game shows [surprises me]. I get recognized by a wide range of people; that often surprises me.

"The other day my Uber driver got very excited, but unfortunately those rides are charged by a computer, so I did not get ANY kind of discount."

The host thinks he would do well as a contestant on the show. "I would do really well, I think, because I'm good under pressure and can think pretty quickly."

He jokingly added, "But I would actually do incredibly well because this season I also helped create the tests, so I would be pretty stupid to still get them wrong."

Gleib has really enjoyed having a hand in creating the tests. "My favorite part has to be helping to create the tests. It's a very fun intellectual challenge for me to have a hand in making them as clever and impenetrable as possible."

Though he enjoys creating the tests, it can be a challenge. "Creating tests that are consistently challenging and creative and smart without repeating ourselves too much [can be a challenge]. I'm involved with all the tests, but only wrote a few from scratch. I have a great respect for our test writers, producers, and research team who keep coming up with really brilliant ones. It's definitely not easy." 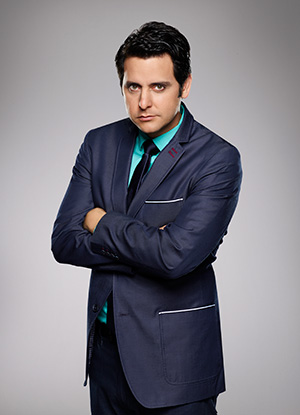 The host also enjoys to joke and banter with the contestants. "I love when contestants come in very cocky and then don't do very well, because it's always fun to put a cocky person in their place."

The contestants seem to take it well, do they ever get upset? Gleib quipped, "No I don't think so. I hope not. One contestant did say I was being a dick this season, but I'm sure he was mostly just trash talking back, because I don't have the ability to look inward enough to consider that it might be true."

Out of those jokes, there wasn't really much cut from the final versions of the episodes. "To their credit the network has been very ballsy with things that they let air. They are really pushing the limits comedically for a game show I think. In the season we have some crazy moments coming at you I promise. Like you won't believe you saw that on a game show moments."

Gleib talked about his favorite game shows and hosts growing up. "Press Your Luck, Pyramid, Family Feud, and Double Dare were my number 2–5, but I never liked anything as much as Jeopardy. I still love it to this day. I love playing with my sweet loving family and beating them very badly. Trebeck is a legend, a mild-mannered Canadian legend. But I preferred the hosting style of Marc Summers. And I envy Richard Dawson because he got to kiss everybody."

This season there will be some changes to Idiotest. "We just had a lot more fun making the show this year now that we had our bearings a bit, and I think it shows in all parts of the show. The contestants are more interesting, the comedy is weirder, and now on season two we have two touch screens instead of just one. If we get a third season I'm hoping for three touchscreens. 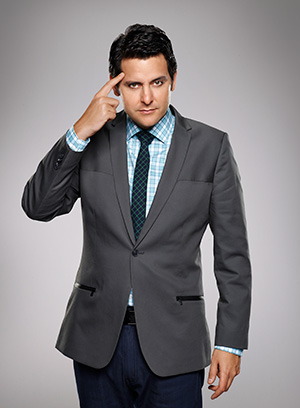 "We also have a bunch of very fun rivalry episodes this year like “bald guys versus hairy guys” and “Star Trek fans versus Star Wars fans.” That one was especially great because we did some very fun old-school special effects, which you don't often see on a game show. As much as we can we try to be different."

Gleib has been using social media because of the show, and it has been both good and bad for him. "It's hard to say definitively if it has helped or hurt, but regardless it's here to stay, and I am hopelessly addicted to it. I think in the future people will have to join a support groups for social media addiction. It is helped, because it's nice to get instant feedback on what you do and know what resonates and what doesn't, and to be able to interact directly with fans. But it has hurt, because it takes up so much of my time, but I don't write as much...well-thought-out things as good. This interview is one of the most well thought out things I've done in ages."

Besides appearing on Idiotest, Gleib will soon be on tour for his standup. "Now that we are done shooting season two and they're about to air, I'm going to be hitting the road all over the world to perform my standup. In just the next two months I will be in Irvine, Minnesota, Calgary, Edmonton, Denver, and Shanghai China. Plus I'm trying to find a way to make time to bring my podcast Last Week on Earth on Smodcast back. I feel terrible that I've been too busy to do it recently. I'm also shooting a movie within the next two months but I can't announce what it is quite yet. I do know that people will be pretty excited about it coming out; that's all I can say."
Twitter
BotonSocial por: SocialEmpresa
Category: Interviews