Advance Review: The Messengers - A Fresh Addition to the Supernatural Genre

Tonight the new series The Messengers premieres on The CW. In the first episode, a mysterious object crashes on earth, exploding in blinding light. From it comes a shockwave, that upon hitting five strangers across the country, causes them to fall and die in an instant, and then suddenly wake back up. After the event, the few are not the same as before and have special gifts, from extra strength to the ability to heal. An even bigger change? They all have beautiful white wings in their reflections.

Also from the fire of the crash comes a mysterious and ominous man (Diogo Morgado), who seems to be less than angelic. 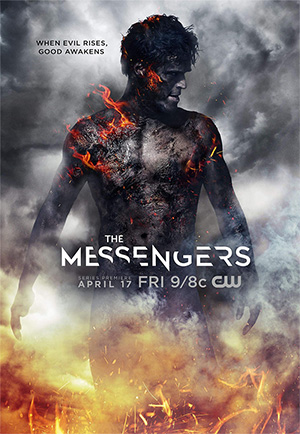 One thing I really enjoyed about the series was the way it was split up. The episode focuses on each of the five affected: a scientist (Shantel VanSanten), an undercover agent (J.D. Pardo), a mother (Sofia Black-D'Elia), a televangelist (Jon Fletcher), and a high school student (Joel Courtney). The story jumps back and forth, but it was done in a way that kept the momentum of the show moving forward and left the viewer wanting more.

The actors seem well chosen and do well with what they are given, and each character has an interesting backstory. The script really draws you in.

The only real complaint I have about the premiere is that it wasn't longer. I really believe a two-hour premiere would have done a better job to introduce the series. With the little given, it's somewhat hard to have a solid idea of what the show is going to be like in a way. Only time will tell if it can keep an audience, though I'm definitely intrigued enough to come back next week and find out. 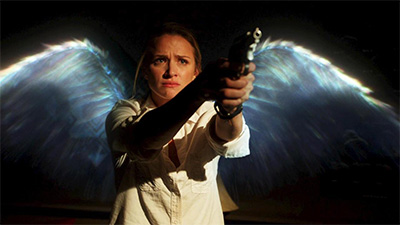 The Messengers is a new and interesting piece in the popular supernatural drama, and I believe can grow to be an intriguing mystery. Right now television is filled with vampires and werewolves and it's nice to see something different.

Be sure to catch The Messengers tonight on The CW and watch the beginning of the battle between good and evil.
Twitter
BotonSocial por: SocialEmpresa
Category: TV Reviews & Recaps