SciFi Vision | All Reviews | Television Reviews | Advance Review: The Final Season of Lost Girl is Still As Kick-Ass as Ever

Advance Review: The Final Season of Lost Girl is Still As Kick-Ass as Ever

Friday season five of the hit series Lost Girl returns to Syfy with all-new episodes for its finale season.

The premiere picks up where the show last left off. Kenzi (Ksenia Solo) is in Valhalla, and Bo (Anna Silk) will do whatever she has to, to get her out. As always, her friends are there to help her and protect her if need be.

There was also the introduction of a few new Fae and Valkyries. 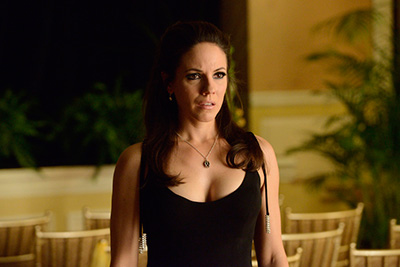 I really enjoyed the season five premiere, and the show is off to a great start. Though it is unfortunately the final season, it was great to see that they are already answering a few questions and tying up some lose ends: one character is sort of brought back for a bit and gets more of a fitting ending, and another we haven't seen for a while, we learn more of their backstory. Without giving anything away, the main mythology dealing with Bo's family also moves forward.

As always with the show, the episodes are quick-paced, but also have some great character moments. Bo and Kenzi do a lot of bonding in the first two episodes and come to a better understanding of each other.

Kenzi has some great bonding moments with Lauren (Zoie Palmer) as well. Those two don't get a whole lot of scenes together, but when they do, it's a lot of fun.

Kenzi's sassy self once again steals a lot of the show. Her interactions with the other characters were fun to watch as well. 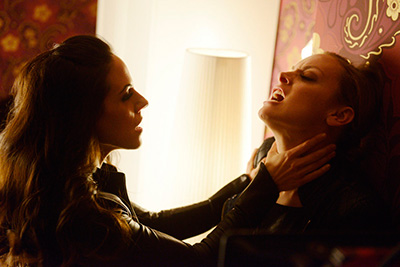 There is quite a bit of development with Tamsin (Rachel Skarsten) also, and I really like where they are taking her character. Also, her verbal sparring with Stacey the Valkyrie (Kate Corbett) is priceless.

Dyson (Kris Holden-Ried) also of course has a lot to do in the episode, and his scenes with Stacey are a lot of fun. I especially enjoyed the setup of the lies he told her about a certain character who I hope to see returning soon.

I also enjoyed the creative side of the episode, and the direction they went with the design of Valhalla, and especially for what it's like for Kenzi. It was funny, but also brilliant, as it fit her to a "T."

The first two episodes brought so many great moments too numerous to name. I'm really excited to see the storyline move forward as Bo finds out more about where she came from, as well as see where other characters are headed.

Fans of Lost Girl are in for a fun and sexy ride this season, as it still packs the punch it has for four seasons. Be sure to tune in tomorrow night on Syfy.