To get the review up right away this week, I decided to post the review part of the post mortem quickly. The recap, as well as my roundup of the questions and answers, will come later.

Please be aware that if you haven't seen tonight's new episode yet, there will be spoilers. It has only aired on the east coast. 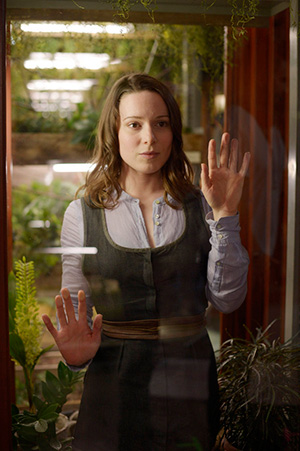 Another Friday, another crazy episode of Helix. The juxtaposed music of "plow the fourth one under," really sets the tone.

Michael's voiceover at the beginning to his remaining few followers is great. His plans for new life though, won't go as planned.

On the Alan and Sarah front, Alan seeks redemption from her for what he's done, but she's slow to give it, though it's nice that it brings Alan to her side to help her in the hunt for her wee immortal.

I also really enjoyed Sarah telling Kyle about her immortality. It's been coming. Though eating infected honey will probably come back to bite her in butt considering immortals can get sick (i.e. Julia).

One of my favorite parts of the episode is once again with Sister Amy. The girl is crazy and a riot, and in this episode, deliciously evil. It's so great though to see her stick it to her father. He taunts her that she can't do anything, because she can't kill him. That is where her plan is brilliant. Why kill him when she can make him live in suffering? The fact that she not only has him entombed, but adds a plaque, makes it all the better. Also now he is a picture on her own Wall O' Weird, which is priceless. He really shouldn't have messed with her. Hell hath no fury like a woman scorned, especially if they’re your daughter. Incest is a no no. 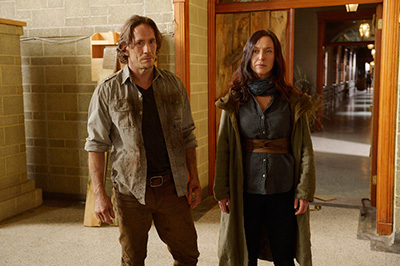 Of course Michael getting it twice in a night is even better. Obviously Caleb showing up at the last second was a bit contrived, but it was still shocking. Beheaded with good old dad's katana no less!

Now more on Sarah and her baby - the living fetus, that was creepy. It makes me interested to see where the present day story is going to go with the storyline, considering Julia is still looking for the baby thirty years later, though who knows if Michael had it; that was probably a lie.

It's interesting (though slightly predictable) that the baby or its DNA anyway could be the cure the immortals need. Now they just need to find someone with the knowhow to unlock the secrets now that Michael's gone. Maybe Amy is still around. This should be fun.

Tonight's episode was filled with shocks one after the other. That's why I love this show.
Twitter
BotonSocial por: SocialEmpresa
Category: TV Reviews & Recaps