To get the review up right away this week, I decided to post the review part of the post mortem quickly. The recap, as well as my roundup of the questions and answers, will come later.

Please be aware that if you haven't seen the new episode yet, there will be spoilers.

This week's Helix was really fast-paced and quite a lot went down; it was a lot of fun. We first got to hear more from Mademoiselle Durant about Michael. His backstory was pretty interesting, and we also learned about how his work could stop Ilaria - he's created a way to make mortal men sterile, thereby finding a solution to the population problem rather than genocide. It still hasn't been clarified, however, how Michael is connected to Ilaria. Did he used to work with them? I'm interested to see the rest of his backstory. 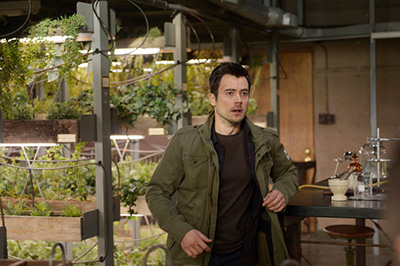 It was also revealed what happened to Sarah, though most people had probably already guessed her baby was taken and that Alan unknowingly had a hand. It was nice for once to see someone make the choice to tell the truth. Too bad it backfired.

Meanwhile Peter got a roommate when Michael through Anne down in the pit. They bonded a bit over their family woes, though Anne is still a sheep.

It was interesting to find out that Michael had known all along that Amy was to blame for everything, and that she had help from Landry. Her plans backfired as now she is to be the mother to a whole new generation of children. I didn't expect to feel bad for Amy, but no one deserves that, and I have to give her props for telling Michael off. Though, let's be honest; locking her behind glass was pretty funny. I think the moral of today's story is, don't mess with Michael. 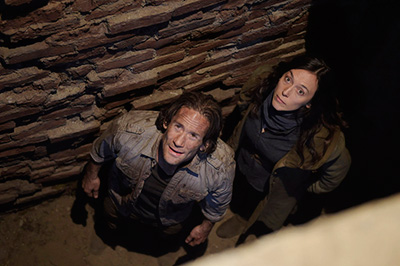 The one part I was slightly confused on was why Kyle didn't seem quite privy to the plans Michael revealed to Amy when he was a few feet away. Not sure if Kyle was too busy looking at the family trees or just didn't get it. Either way, poor Amy.

In the end, all the sheep of course trusted Michael and drank the Kool-aide as he "thinned the herd." Now all there is to wonder is, what is he going to do without people to boss around and grovel at his feet? Oh that's right; he still has Anne.
Twitter
BotonSocial por: SocialEmpresa
Category: TV Reviews & Recaps