Review: The Last Man on Earth

If you haven't seen tonight's episode, please be aware there are spoilers within.

When I started to watch The Last Man on Earth, I wasn't sure what to think. As I watched, what I realized was that seeing what Phil (Will Forte) did, once he realized he could pretty much do anything, was really funny. I just wasn't sure at first how a show of one man talking to himself and inanimate objects could be sustained for a full series. I thought that while Forte is hilarious in his pursuit of ending his boredom and loneliness, there are probably only so many places to go with it. I was happy to be wrong. 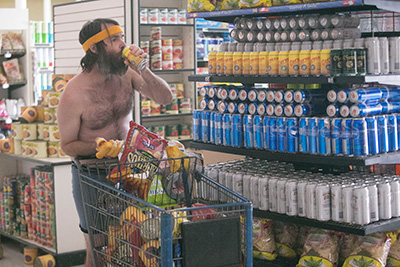 Once Carol (Kristen Schaal) entered the picture and I got a better idea of where the show was headed, I felt different. The two quirky and often crazy characters were so much fun to watch and I could easily see the show having staying power.

At times both seem complete bonkers, however, if you were alone without human contact for that long, you would start to go a bit crazy too. And that's the fun of it, them both at complete extremes: Carol trying to get back some normalcy and Phil completely resisting, and often times not quite getting why it's important.

As much as the show is a comedy, it also makes you stop and think about what really matters. Even Phil starts to realize it at one point: having people around is what makes life worth living.
Twitter
BotonSocial por: SocialEmpresa
Category: TV Reviews & Recaps