Helix returns to Syfy for a second season of 13 episodes, starting on Friday. The show picks up about fifteen months after the events in season one. The team investigates a completely new deadly viral outbreak, this time on a cruise ship, which leads them to a mysterious island. The inhabitants of the island, members of a strange cult, however, are less than happy to see them.

The series doesn't drop the Narvik storyline, but it does focus more on the new virus. The storytelling and tone seem quite a bit different than last season, as of the first episode, in my opinion. I felt it focused on what is going on with the people on the island as much as it did the virus. Not that this is a bad thing in any way; it just feels different. It's also much different that the characters are out in the open, but as they are on an island, it does still have that great feeling of isolation and also claustrophobia. I found the episode to be very creepy and am really excited to find out more about the mysteries surrounding the cult. 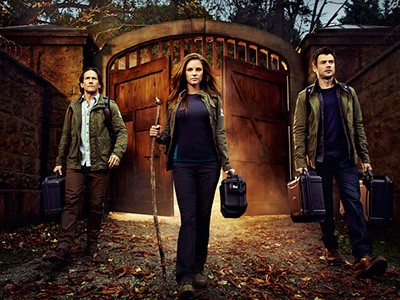 There have also been new characters added to the cast as regulars, including Steven Weber, who plays the cult leader Brother Michael, and Matt Long, who plays Dr. Kyle Sommer, a toxicologist and the newest member of the CDC team. Both actors were well chosen and will make great additions.

As time has passed, some of the roles of the team seem to have changed as well, which changes the dynamic and will be interesting to see moving forward. I'm also waiting to learn more about what happened between the seasons that caused things to be where they are now. 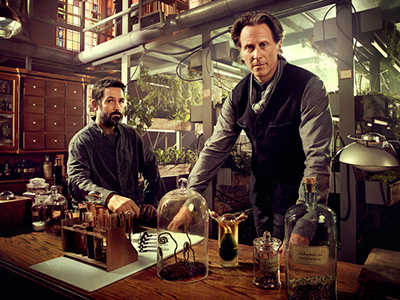 This season also deals with more than one time period, so watching things from more than one perspective is also an interesting addition.

As with the first season, the scripts are well written and the story compelling. I can't wait to find out more.

For another chilling season of mysteries and intrigue, be sure to watch all-new episodes of Helix, Fridays on Syfy.
Twitter
BotonSocial por: SocialEmpresa
Category: TV Reviews & Recaps