Monday night Syfy premieres its new limited event, Ascension, which will run for three consecutive nights. The series follows a century-long space voyage as it has reached it's point of no return at fifty-one years, when there is a murder aboard the ship that will cause the crew and inhabitants to question their mission.

One of the interesting things about the series is that although it takes place in the present, the starship Ascension was launched in the 1960s. Therefore, none of the passengers have been influenced by the outside world and have developed their own society aboard the ship. As far as they know, they could be the last survivors of the human race after the Cold War. This makes it not only unique, but also poses problems for those dealing with the murder, as there is no outside help. 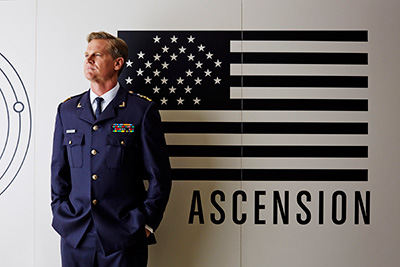 It's also interesting to note that Ascension was originally based on a classified military study, Project Orion, commissioned by President Kennedy, which centered around the idea of using the detonation of atomic bombs to propel a ship into space.

Starring a well rounded cast and with the backbone of a great script, the series starts on a great premise and holds promise that if the show does eventually get picked up to series, it could sustain itself for the long run.

As much of the plot of the first night, which this review is based on, centers around a mysterious murder, it's difficult to say much without giving anything away, but it does grab and hold your attention. The series delivers twists and turns people won't see coming. Fans of space dramas as well as other science fiction fans should enjoy Syfy's new endeavor.

Be sure to tune in Monday night for Syfy's new exciting journey into space. You won't be disappointed. 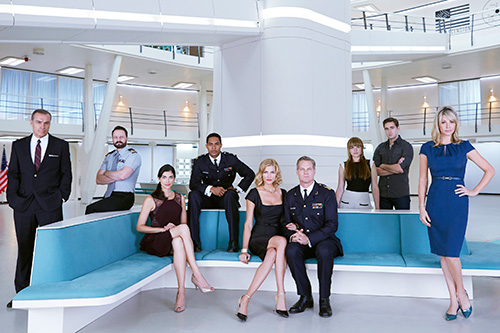